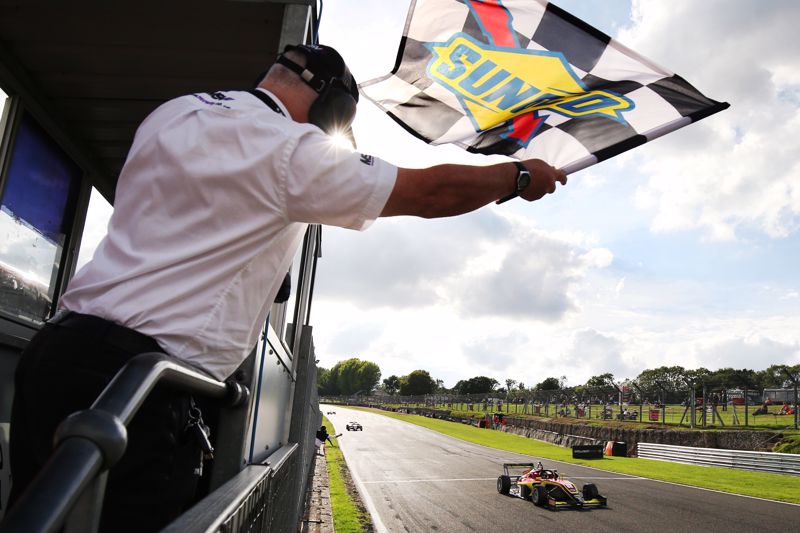 Branden Lee Oxley scored a maiden GB3 win in a restarted final race of the weekend at Brands Hatch following an early crash.

Callum Voisin and Max Esterson came together at Hawthorns on lap one and crashed at high speed into the barriers, causing the race to be halted while the barriers were repaired.

The race was restarted based on the positions at the end of lap one, with Douglas Motorsport’s Marcos Flack sent to the back of the grid for jumping the original start from reversed-grid pole position.

Chris Dittmann Racing’s Oxley was promoted to the front for the new start, ahead of Hitech GP’s Cian Shields and Roberto Faria, with the order remaining the same when the lights went out.

Shields remained within half a second early on, but Oxley eventually edged clear to win by 0.923 seconds, with Faria finishing a further second behind for Carlin.

Luke Browning came from 16th to ninth, extending his championship lead over Joel Granfors, who failed to score. He damaged his front wing while running two places ahead of Browning and ended up as last of the finishers in 19th.