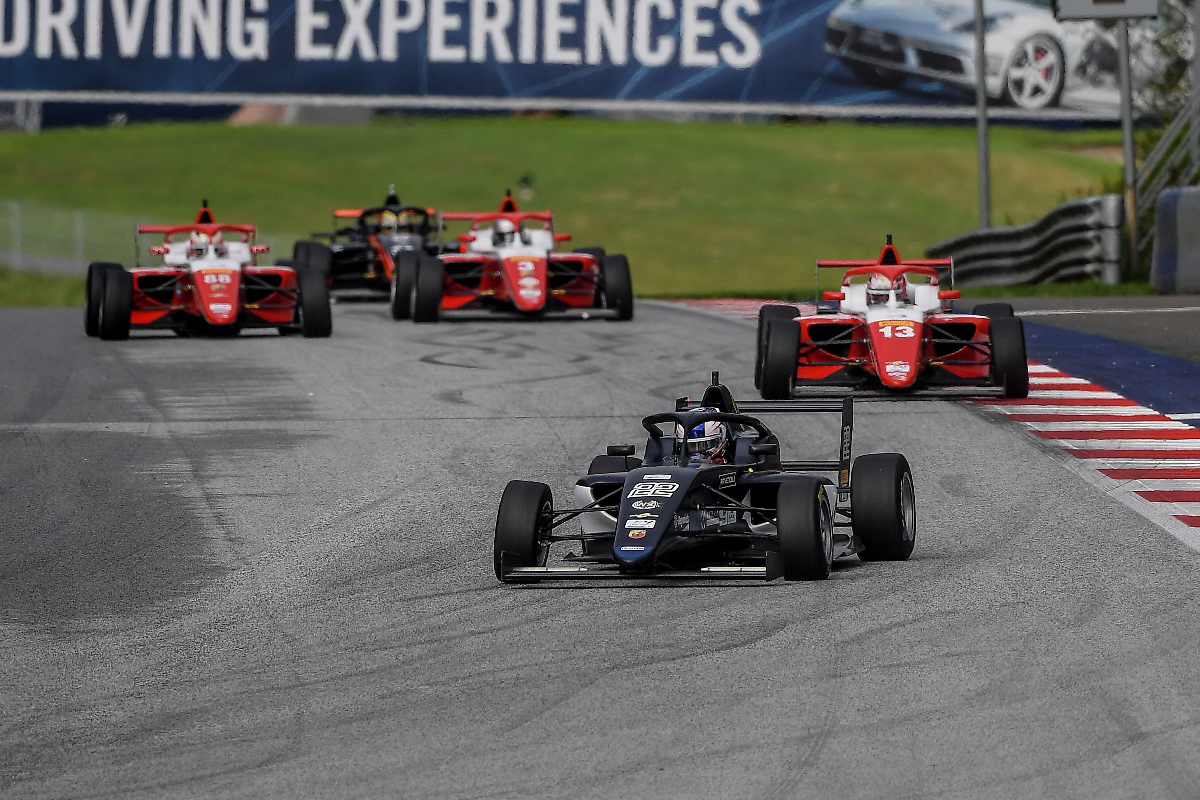 Alex Dunne won Italian Formula 4’s final race of the weekend at the Red Bull Ring, holding off team-mate Kasper Sztuka for his third victory of the campaign.

Sztuka was swamped by a charging trio of Prema drivers in the final laps and did drop back to fifth, while championship leader Andrea Kimi Antonelli took second.

Sztuka got the best start off the line, briefly passing pole-sitter Dunne for the lead, but Dunne came back through by the end of the opening lap.

A brief safety car period, brought about after Kim Hwarang was spun around and stopped on track, neutralised the order but Sztuka kept the pressure on Dunne on the restart.

The US Racing pair were joined by Ugo Ugocghukwu, James Wharton and Antonelli to make it a five-car battle for the lead. The top three were briefly able to escape as Antonelli fought his way past Wharton, but he quickly climbed back onto the tail of the leader.

But it wouldn’t be until the final laps what Antonelli moved any further forwards. He managed to pass Ugochukwu without issue then battled to find a way past Sztuka, who defended well but made himself vulnerable to Ugochukwu once Antonelli came through. Ugochukwu soon followed his team-mate past, with Wharton knocking Sztuka down to his end position of fifth.

Antonelli had no time to challenge Dunne after, and finished 0.540 seconds back.

Behind the lead group, Conrad Laursen took sixth ahead of Prema team-mate Charlie Wurz, who spent the race battling to keep Nikita Bedrin behind him. Martinius Stenshorne and Taylor Barnard completed the top 10, the latter doing so after starting down in 26th.