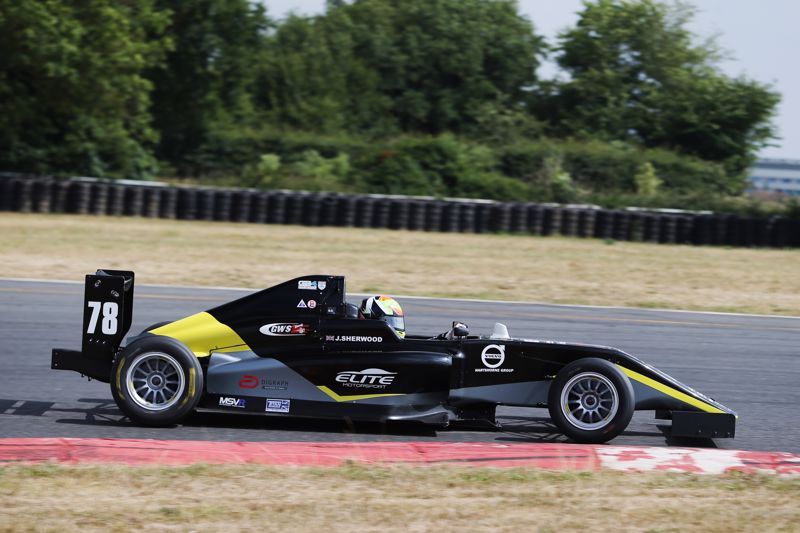 Jack Sherwood claimed his second reversed-grid win of the season in the final GB4 race of the weekend at Brands Hatch.

The Elite Motorsport driver climbed from fourth on the grid to finish 2.755 seconds clear of points leader Nikolas Taylor, who recovered from eighth.

Sherwood quickly dispatched Edgar for second at Druids before passing Grant for the lead before Hawthorns.

Mills moved up to second on lap three, by which time Sherwood had built a big lead. Taylor tried to drive around the outside of Grant for third at Hawthorns on lap four, but ran wide and lost ground.

But the Fortec driver soon fought back to complete the move into Paddock Hill Bend on the next tour before reeling in Mills.

Taylor eventually drove around the outside at Hawthorns to snatch second from Mills, who held off his team-mate Jarrod Waberski for third by 0.228s.

Grant was fifth ahead of the struggling Max Marzorati, while Edgar slipped back to seventh.