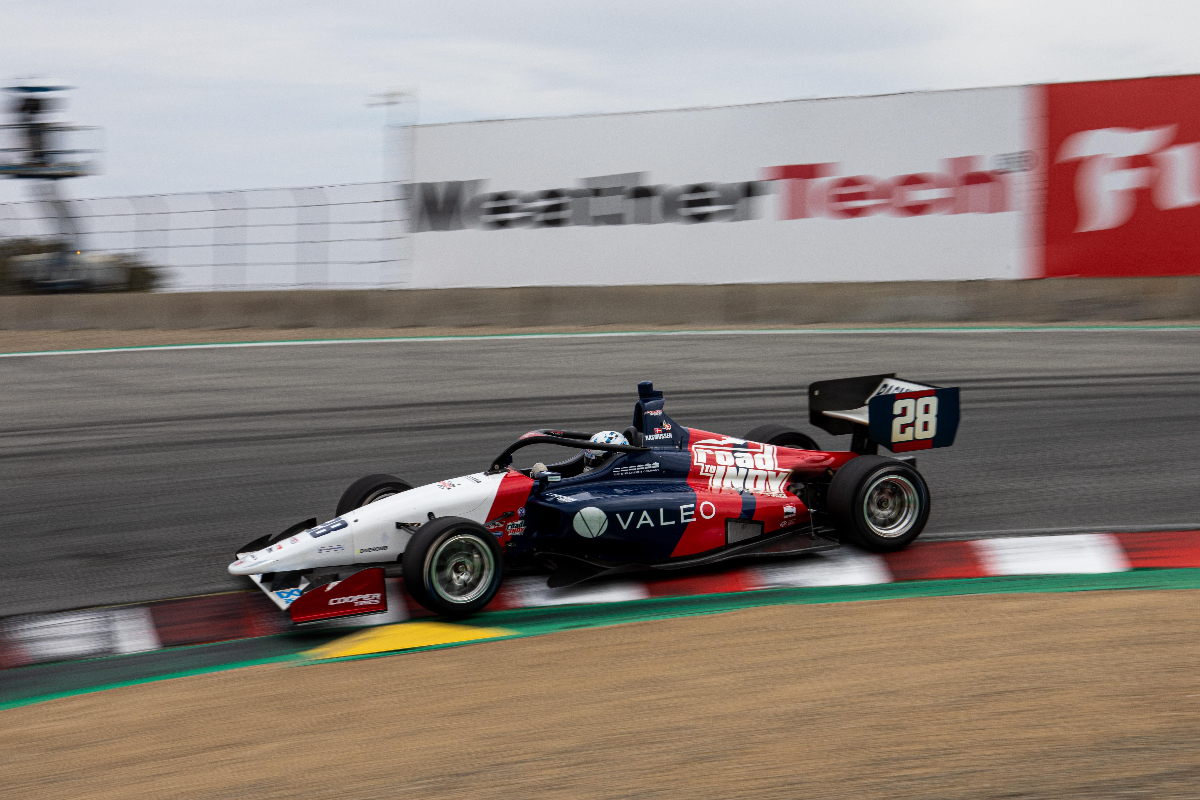 Christian Rasmussen took a lights-to-flag victory in the final Indy Lights race of the season at Laguna Seca.

The Andretti Autosport driver was unchallenged throughout the race, though team-mate Sting Ray Robb was rarely more than a second behind.

It was a relatively incident free end the season, with Rasmussen getting a good start from pole position to keep new champion Linus Lundqvist behind him.

Lundqvist then came under pressure from Robb and Benjamin Pedersen. Robb swept past Lundqvist at The Corkscrew, and began to close the 1.6-second gap to Rasmussen.

In a matter of laps, Robb was on Rasmussen’s tail, but never quite close enough to make a move on his team-mate. In the closing laps Rasmussen began to pull away again, but Robb stayed within a second of Rasmussen. The pair were separated by just 0.8893s at the chequered flag, and second place also guaranteed Robb second in the championship standings.

Matthew Brabham moved past Lundqvist one lap after Robb at the same corner, but couldn’t close in on his team-mates ahead. He finished a comfortable third, ahead of Lundqvist.

Pedersen spent most of the race running in fifth, but a wide moment late on allowed Jacob Abel to close the gap to him. Abel passed the HMD Motorsports driver not long after and left Pedersen behind.

After a penalty in qualifying, Hunter McElrea climbed up from the tail end of the grid to finish eighth, but it wouldn’t be enough to deny Robb second in the championship. Brabham ends the year third overall.

Nolan Seigel took ninth, having held off Kyffin Simpson for most of the race.

A last lap battle between Simpson and Ernie Francis Jr led to both drivers falling down the order. Francis was trying to move up the inside of Simpson when they made contact. Christian Bogle and Flinn Lazier came through to take 10th and 11th respectively.