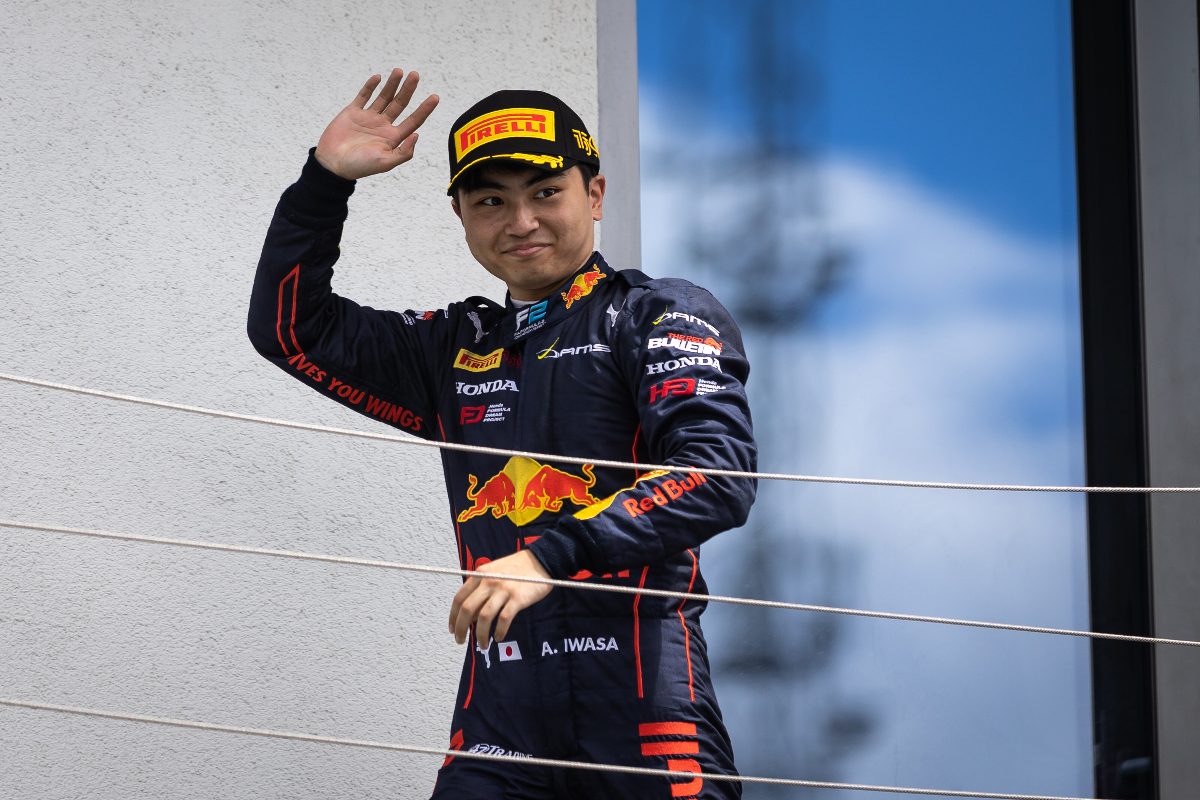 Ayumu Iwasa’s rookie Formula 2 season has had ups and downs, but the Japanese has shown great speed which has even caught himself off guard.

After a discreet rookie FIA Formula 3 Championship campaign in 2021, the Honda and Red Bull junior was promoted to F2 with DAMS. With three rounds remaining, he is seventh in the points with a pole and a feature race win.

“To be honest, I was not expecting really, really strong speed, especially before the season,” Iwasa admitted.

“For example, during the pre-season test I was not fast enough and also the car was not quick enough as well. We had not enough, but we are working really hard for the season, and I think we really could improve a lot from every side, from my driving side and the car.”

Both driver and team put a lot of effort in to be fighting at the front in almost every round, something DAMS struggled to do after F2’s 18-inch wheels were introduced in 2020 as it used a set-up that was generally slower to put heat into tyres than rival teams.

“I’m feeling [we are] quite good combination me and DAMS. We are improving everything to get there and I think that is working well. Our current potential from last events, like victory and pole position, I think it’s possible to keep that potential to the end of the season.

“When I drove F2 first time in Abu Dhabi, I felt my driving is better for F2 than F3 because the tyre is 18-inches and the car is really heavy. That was a good thing for me, but my driving was not enough before the season, so I was working with the team for my driving. Engineers were advising me about the driving, and I was practising quite a lot of things in the sim with the team. I think I could improve it, and now for sure I’m much better than before.

“Even for the car, I was learning about car stuff as well because I’m really interested about the car stuff, set-up stuff as well. Then I was talking with the engineers about the car as well and we are improving the car together. This is working so well this season. As we see on the results, we are strong now, so I think to work really hard together is really, really important for us. I think that’s a good point.”

Iwasa also explained how working “all the time” with more experienced team-mate Roy Nissany has helped his learning.

“Sometimes Roy is faster than me in the high-speed corners and I’m faster than Roy in low-speed corners, and that is opposite. Then after the session we could see the data and we could improve together for each side. That’s a good combination. I have a really good feeling in the team with Roy. We are working so well and as a team we are getting stronger and stronger in this year. I’m really positive about that.”