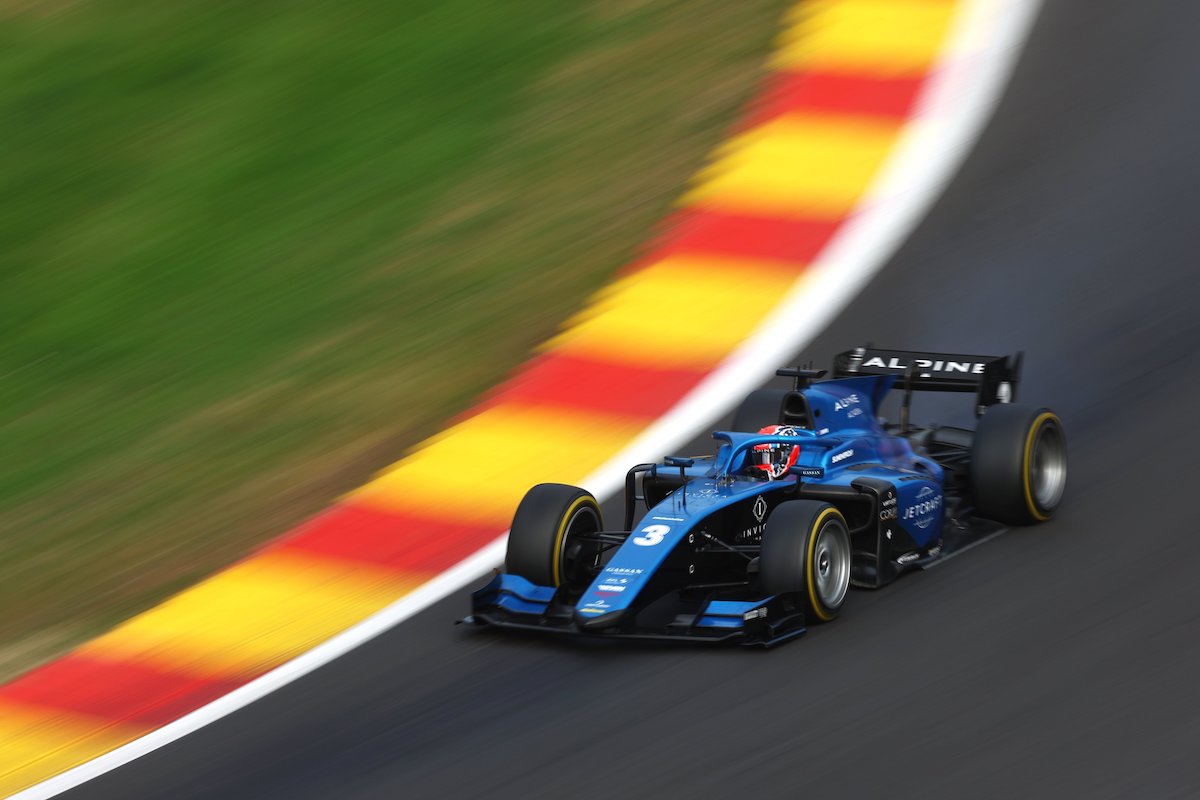 In the first race weekend since Alpine lost its star driver and possibly his planned replacement too, Jack Doohan produced a near-perfect Spa weekend. Could such form make him a serious contender?

When the Formula Scout team put together one of its usual ”young drivers to take a chance on‘ lists regarding the potential vacancy at the Alpine Formula 1 in the wake of Fernando Alonso’s exit and Oscar Piastri’s threat of defecting to a rival, this writer put forward Jack Doohan’s name.

The justification was not that he was one of the five most qualified drivers for the role, but that as he was the best-placed driver from Alpine’s own academy, it would be “an interesting one to consider ‘would they/could they?'” At the time, the prospect seemed pretty far-fetched, as Doohan was only ninth in the F2 standings, albeit just 12 points from fourth.

Fast forward a couple of weeks and, as the F1 circus and its support series reconvened after the summer break at Spa-Francorchamps, Doohan delivered his best weekend in Formula 2 to-date and a near-perfect one at that, with second in the sprint race followed up by a maiden feature race victory.

It means he is already up to fourth in the standings, and with three rounds to go only eight points away from third-placed Logan Sargeant: a fellow F2 rookie whose mid-season form already had him strongly linked to an F1 drive at Williams. Could Doohan now really become a similarly serious candidate for Alpine?

The Gold Coast native hasn’t always looked like a driver with real F1 potential. For a while his Red Bull ties seemed more of a commercial deal born out of his father Mick’s profile in Australia than something indicative of his own potential. His fortunes while funding his own drives in Euroformula in 2019 and his rookie FIA F3 campaign in 2020 did nothing to disprove that theory, and in 2021 he was only ‘supported’ by the brand rather than being a full-blown member of its junior team.

His performance and reputation however have been building considerably since then, with some impressive drives especially in the wet as he finished runner-up to Dennis Hauger in F3 last year. But it’s what he’s done since graduating from F3 that has really turned heads, beginning with qualifying second to a certain Piastri in Abu Dhabi in the second of two initial F2 outings at the end of 2021. 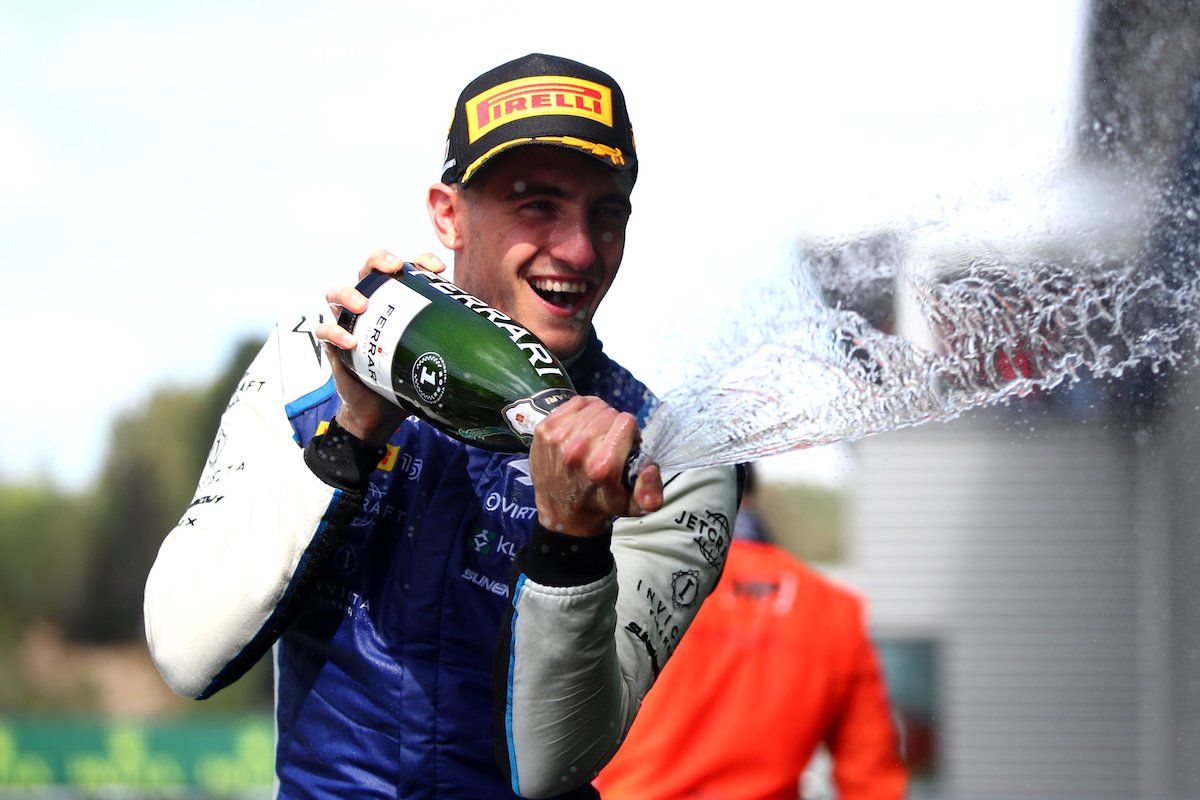 By that point, Doohan had decided to split with Red Bull and instead link up with the Alpine Academy for 2022. What might have seemed like a strange move at the time motivated by the chance to test F1 machinery now looks like a shrewd judgement and a sign of his determination and ambition to make things happen for himself.

On track, he continued to show brilliant speed as an F2 rookie with his new team Virtuosi, claiming pole for the opening round in Bahrain and again at Barcelona. Converting that pace into results was proving difficult, however, The first win finally came at Silverstone, in the sprint race in mixed conditions from fourth on the grid. Another followed from reversed-grid pole at the Hungaroring, just before the summer break.

Ida Wood’s mid-season analysis for Formula Scout prior to the Paul Ricard round showed Doohan to be the third-fastest driver on single-lap pace, just behind Juri Vips and Felipe Drugovich, but only 15th on race pace. But, as Doohan revealed on Sunday at Spa, the key had already been unlocked for improving the latter statistic.

“I think Red Bull Ring race one, we found something in the car that really worked for me on race pace which is something that I was missing, and I was able to manage the tyre really well and we found what sort of clicked,” he said. “And since then we’ve been able to have that obviously.

“At Paul Ricard I should have been on the podium in race two but I made a silly mistake which shouldn’t happen. But it was P4, P5, then Budapest we won the sprint race, race two we had the gearbox issue which was unfortunate and then the last three races that I’ve finished have all been in the top three and on the podium. So it’s strong and it’s working so we just need to continue and need to work harder because I know everybody else will be.”

At Spa, Doohan finally delivered what he had been threatening to do all season in a feature race, winning convincingly from fourth on the grid.

“It’s taken a while but I’m super happy because I’ve grown so much as a driver, especially from where I came from in round one where I had the same opportunity,” he said. 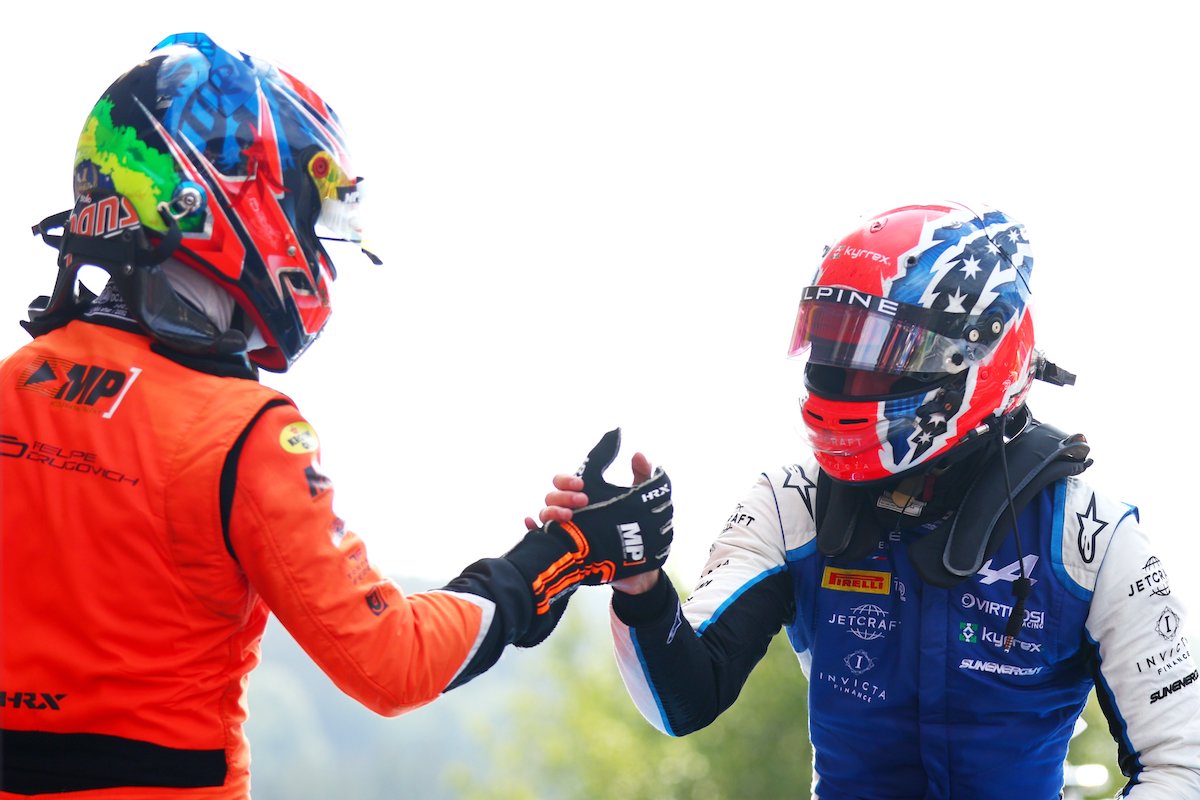 “It’s been a long and rocky road from my second ever qualifying in the car obviously last year in Abu Dhabi we were on the front row, and then pole in the first round in Bahrain. We’ve always had really strong pace. I’ve had some things to clean up on my side. We’ve had a few mechanical issues, a bit of bad luck, but it is what it is. I’ve grown to a better and stronger driver and learned so much this season, so in the end it’s great to get the feature race win today but we need to keep going.”

It’s possible that Alpine bosses already arrived at Spa with a good idea of their preferred options and that Doohan’s performance came too late to thrust himself into the internal discussion. Publicly at least, Alpine insists its focus was on fighting its case when Piastri’s status was to be decided by the Contracts Recognition Board on Monday, and only after that would it give serious thought to alternatives.

However, with team principal Otmar Szafnauer having also accused Piastri of a lack of integrity, it doesn’t seem as though Alpine winning the case would necessarily result in the reigning F2 champion driving for the team next season, and that such a verdict could simply be used to get compensation in return for releasing him to drive for a rival squad.

In terms of its other options, a return to Enstone for Daniel Ricciardo would seem a logical solution for both parties. There has been talk of a bid for Red Bull-contracted Pierre Gasly, who would make a dream team-mate for compatriot Esteban Ocon but for the fact they famously haven’t always got along. For his part, Ocon has a preference for good friend Mick Schumacher: Piastri’s predecessor as F2 champion but a less exciting prospect in pure sporting terms.

But does Alpine also have the option to stick to its original plan of promoting from within?

What can’t be doubted after Spa is that Doohan is one of the fastest and strongest drivers in F2 this year. That should mean he, like Drugovich, Theo Pourchaire or Sargeant, would be able to do a competent job in an F1 car when given the opportunity. But the potentially vacant seat at Alpine is not just any F1 drive: it’s to replace Fernando Alonso at a works team currently fourth in the constructors’ championship. 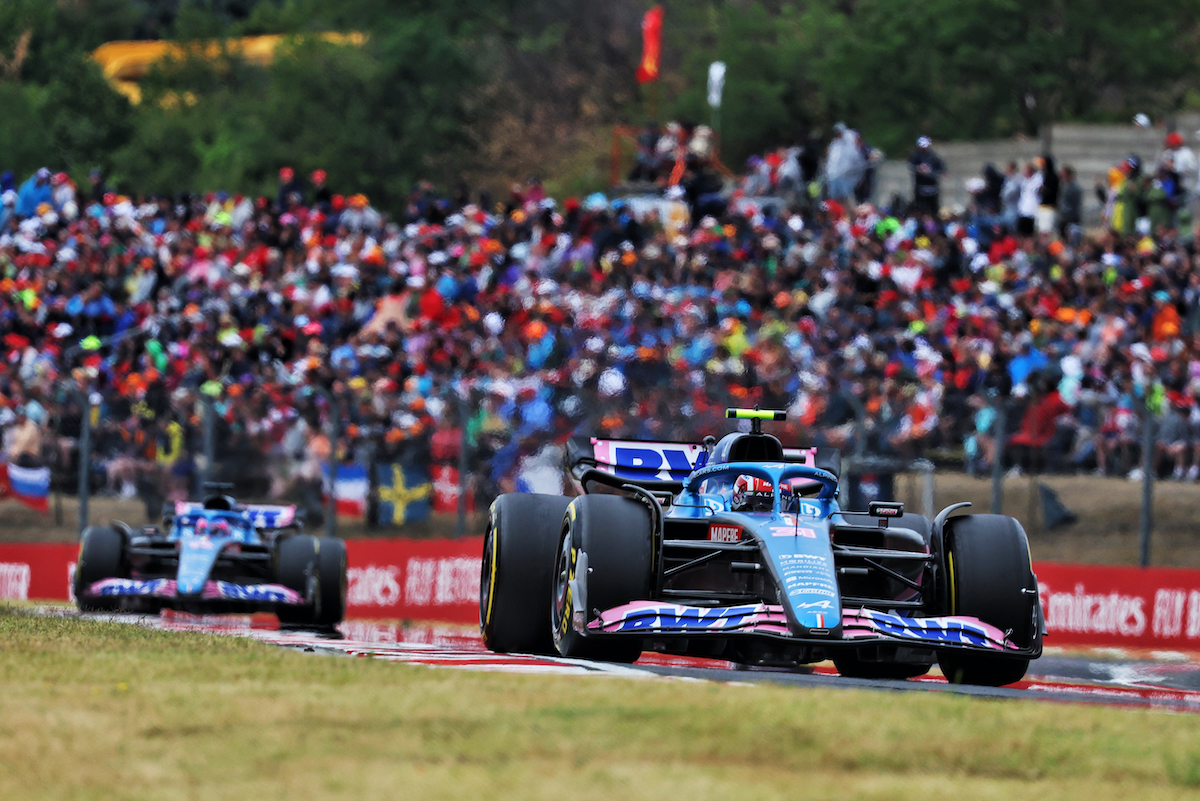 By lining up Piastri, Alpine was open to hiring a rookie to do that job. But Doohan is on paper an inferior prospect to Piastri and his three back-to-back junior championships. He has yet to win a title in single-seaters and is not realistically on course to do so this year, with a deficit of 84 points to Drugovich and only 117 left up for grabs.

What is not clear yet on the outside is what sort of impression Doohan has been making on the inside at Alpine. At present it has a lot less data to work with in this regard than it does for Piastri, although Doohan’s first F1 tests earlier this year did take place in the same car and at the same circuits as Piastri’s own programme, providing an opportunity to compare the two Australians against each other – albeit with different levels of prior experience.

There could be an opportunity soon for Alpine to gather more relevant data about Doohan. Piastri had been due to finally get his F1 practice outing with the team at Spa but with such plans sidelined for now, Doohan is now in line to benefit – although was tight-lipped on the situation last weekend.

“Obviously I don’t really know what’s going on. I know a lot’s going on but it’s really none of my business,” he said. “I’m focusing on my campaign ahead and currently that’s Formula 2. If that opportunity arises to do a few FP1s in the remainder of the season that would be amazing but I have quite a job to do for the rest of the season to ensure I can finish as high up in this championship as I can and then I’ll worry about that when it comes.”

Should he appear in a practice session, Doohan will have his greatest chance yet to impress those who matter within the team and show he is ready for the step. How he performs there could make or break his chances, along with his F2 form over the next two weekends at Zandvoort and Monza. It could move him from outsider to frontrunner, or it could confirm that F1 in 2023 would be too much too soon.

It is likely to be a secondary consideration to its own objectives, but Alpine would also need to consider what would be best for Doohan’s development. Speaking on the Formula Scout podcast before Spa, Doohan admitted that spending a second year in F2 in 2023 was most likely, having previously hoped to only spend one year at that level.

But were he to end 2022 as the form driver in F2, would a second-season championship success next year really make him that much of a stronger proposition for a drive at a team like Alpine? Surely, if it were to promote an F2 driver into F1, it’s more likely going to be because that driver is a rookie sensation – like Piastri was.

In one way, Doohan’s almost-perfect weekend at Spa could hardly have been better timed. But did it still come too late in the season for him to be considered worthy of such a coveted drive? 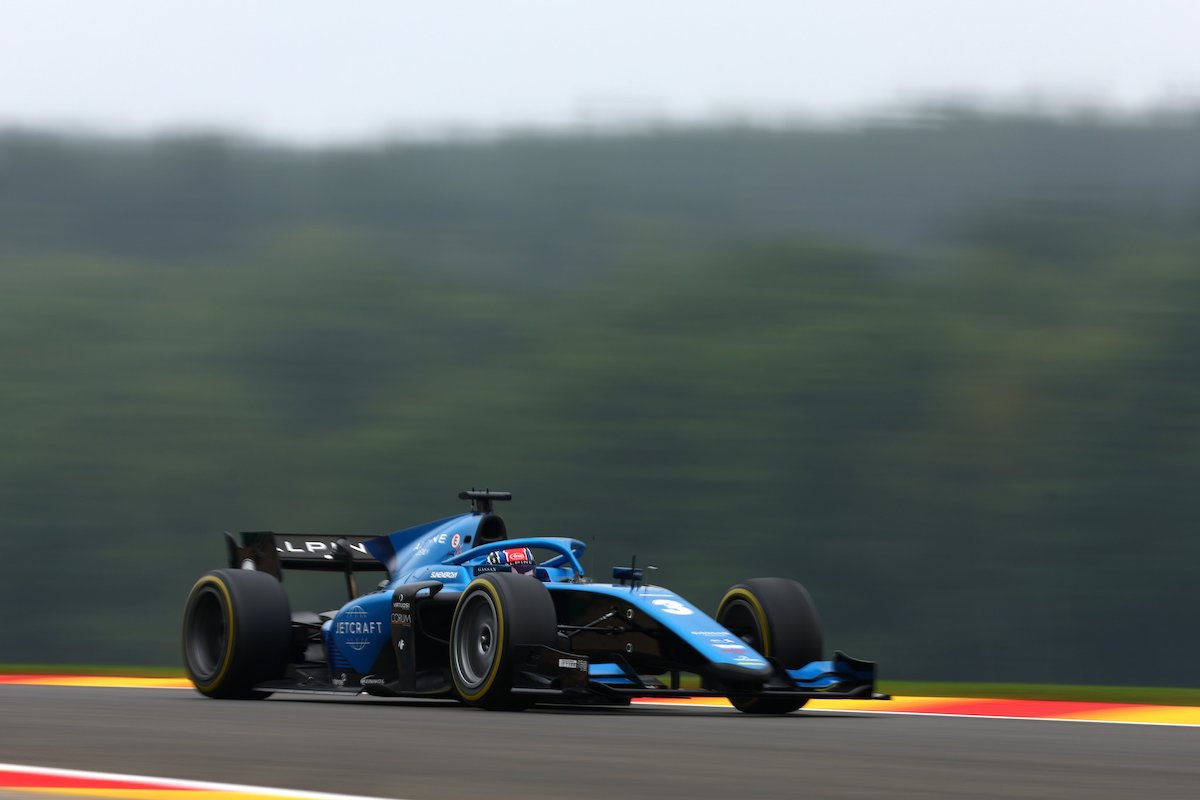