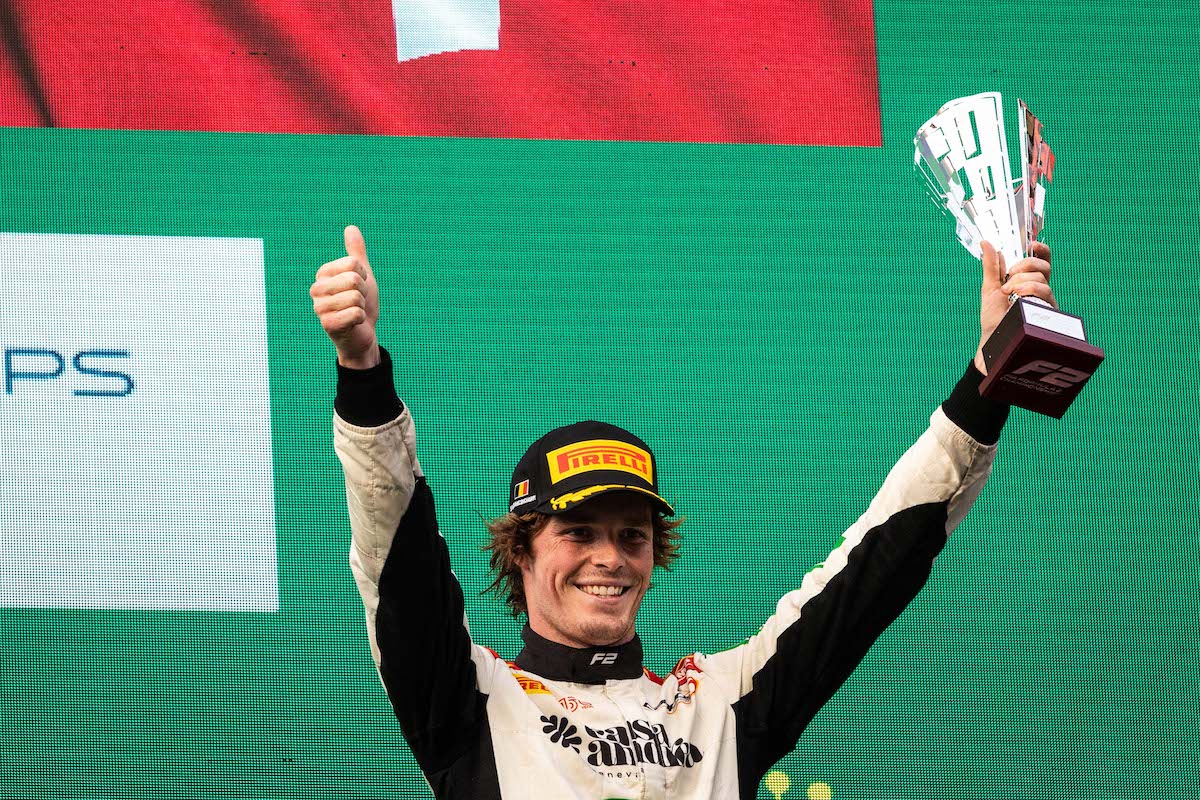 Ralph Boschung’s heroic podium finish on his Formula 2 return at Spa-Francorchamps made him “very proud” after months of pain.

The Swiss driver was back in his Campos Racing car after a three-round hiatus to recover from Facet syndrome, an injury which caused him severe neck pain and has been hindering him since Formula 2’s third round at Imola. Since then, Boschung had only completed the race weekend in Baku, withdrawing in the middle of the three other rounds he took part in.

After qualifying in 10th place and driving to 3rd in the sprint race in Belgium, Boschung confirmed during the press conference that he is determined to keep striving in spite of the ongoing adversity in his career, having debuted in F2 with Campos five years ago.

“Since last year, I started having really strong sponsors, so I was able to compete a full year in F2 and then this year exactly the same,” he said. “It seems when everything is there to do well, something else has to happen, so for sure it was very frustrating when I had that neck issue that just came out of nowhere.

“[I’m] very proud, very happy,” he said about the podium result he had just achieved. “Obviously, I’m not that kind of person who just gives up if it keeps getting tougher. I just keep pushing, and I feel like a lot can still happen to me and I will keep pushing whatever happens. So, yeah, I’m really proud.”

Despite having made “really good steps” in recent weeks, his doctors feared “the triple-header would be too much for the neck” and advised Monza as the best date for returning.

“I want to also try and talk about my future,” Boschung explained about his premature comeback. “It’s very difficult to do that if you’re not racing, so I took the decision to take a little bit of risk, to come back to Spa. At the moment it pays off, but obviously we’ll see after the weekend how the neck will be.”

If his neck holds up, Boschung plans to race F2 again in 2023 with hopes of a trouble-free season.