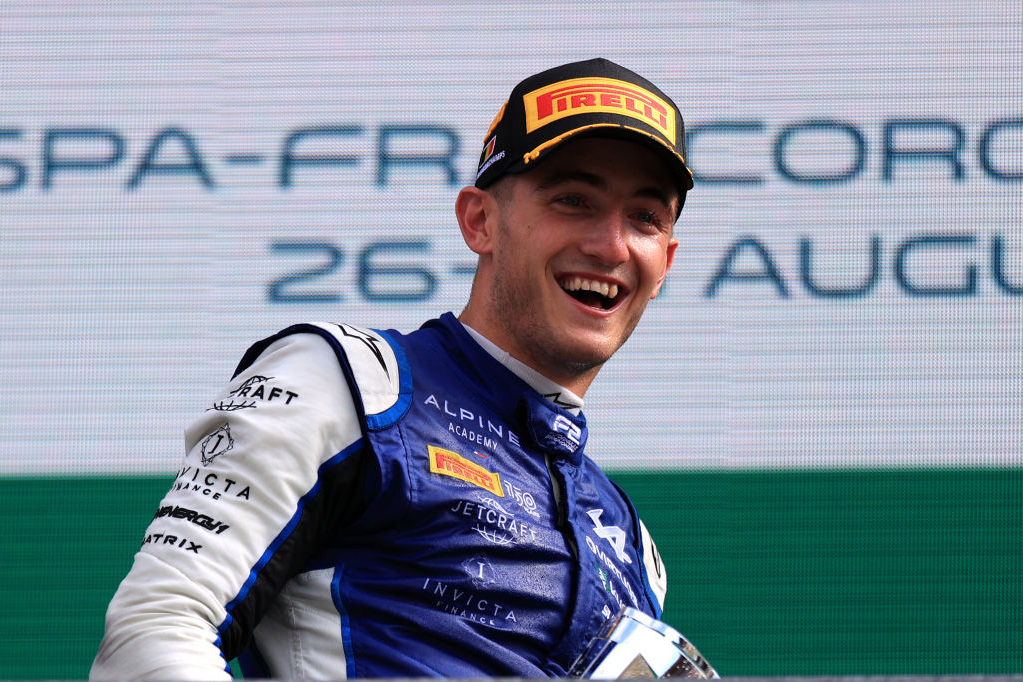 Jack Doohan enjoyed an almost perfect weekend at Spa-Francorchamps with second place in the sprint race and his maiden feature race win, but the latter came not without tension.

Now fourth in Formula 2’s standings with three rounds to go, the Alpine-backed Virtuosi Racing driver found himself stuck for a while behind Van Amersfoort Racing’s Amaury Cordeel in the middle of the race.

The Australian was the virtual leader at that point whereas the Belgian, who was still to pit, defended vigorously for seventh on the road, something Doohan’s pursuer Felipe Drugovich exploited to reduce the gap between them.

“It wasn’t ideal,” Doohan said about Cordeel’s defence in the post-race press conference. “I don’t really know, I think he was in P16, P17 at the time [before the pitstops]. Obviously, he had track position because he was on the alternative strategy.

“He put me on the grass down towards turn 10, and then was white-lining me for the rest of the lap, so obviously not ideal but I guess they are open to do what they want and that was the cards they played.

“Felipe gained five seconds on that lap, but we had pace. I think he got close up into turn five on the following lap, but we kept our heads down, stayed cool and we managed to hang on for the win.”

Prior to that, strategy had played a key role with Doohan undercutting Drugovich by making his mandatory stop a lap earlier.

The pair had been running over one second apart for most of the opening stint, which allowed Doohan to do the opposite to his rival at pit entry given that it wasn’t clear which strategy was best.

“I knew that we had we had good pace yesterday on the prime, which is the medium,” he explained. “Option [soft] wasn’t bad either, but I was hoping that that was going to be our weaker tyre.

“We were obviously quite close for the whole first stint. The overcut was looking like it was stronger, then I decided on my own, to be honest, that I was going to keep going, but when he stayed out I decided to box.

“I knew I did good prep to the grid on the prime, so I knew I had some good tyres underneath me. I think we had a slightly slow stop on the rear left, but the out lap I think was quite OK, and when they said that we might had the chance of overcut [undercut], I was stoked. Then coming out of turn one and seeing we had done it, I was really happy for the boys.”