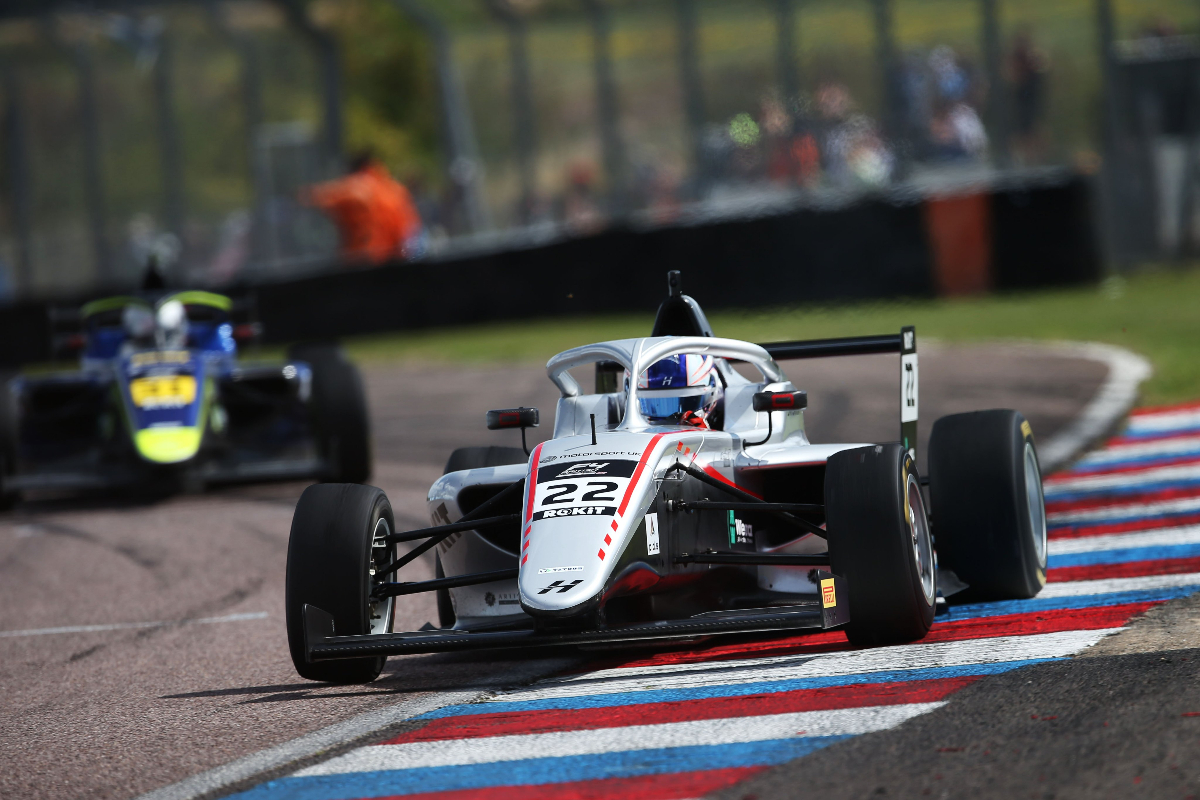 Hitech GP won every race in a British Formula 4 weekend for the first time as Alex Dunne claimed victory in race three at Thruxton.

Dunne won the first race on Saturday and team-mate Oliver Stewart won the second, then Dunne doubled up in Sunday’s sole encounter.

The Irishman started on pole ahead of Carlin duo Ugo Ugochukwu and Louis Sharp, but they got faster starts and went to the outside of Dunne through the first corner. He had dropped behind but braking as late as possible entering Campbell for the first time enabled Dunne to get back into a lead he would not give up.

Ugochukwu followed him through the corner into second place, and kept the pressure on the championship leader until the race was neutralised when Noah Lisle and Eduardo Coseteng twice made contact at the final chicane and Lisle was sent into the barriers.

It took several laps for a recovery vehicle to come and remove his car, leaving a two-lap dash at the end of the race for the victory to be disputed in. Ugochukwu was faster than Dunne but could not get close enough to attempt a move, and Dunne took a record-breaking 11th win of the season.

Sharp followed them home in third, and JHR Developments’ Joseph Loake cleared Argenti Motorsport’s Daniel Guinchard on the restart lap to take fourth. Lisle had been in a dicey battle with Guinchard’s team-mate Aiden Neate before that while also attacking Guinchard, and Neate finished just behind them in sixth.

JHR’s Georgi Dimitrov moved up the order to finish seventh.

On the last lap Ollie Gray made up ground to finish 12th, but the Carlin driver had an otherwise difficult race from the back of the grid and is now 106 points behind Dunne in the title race.