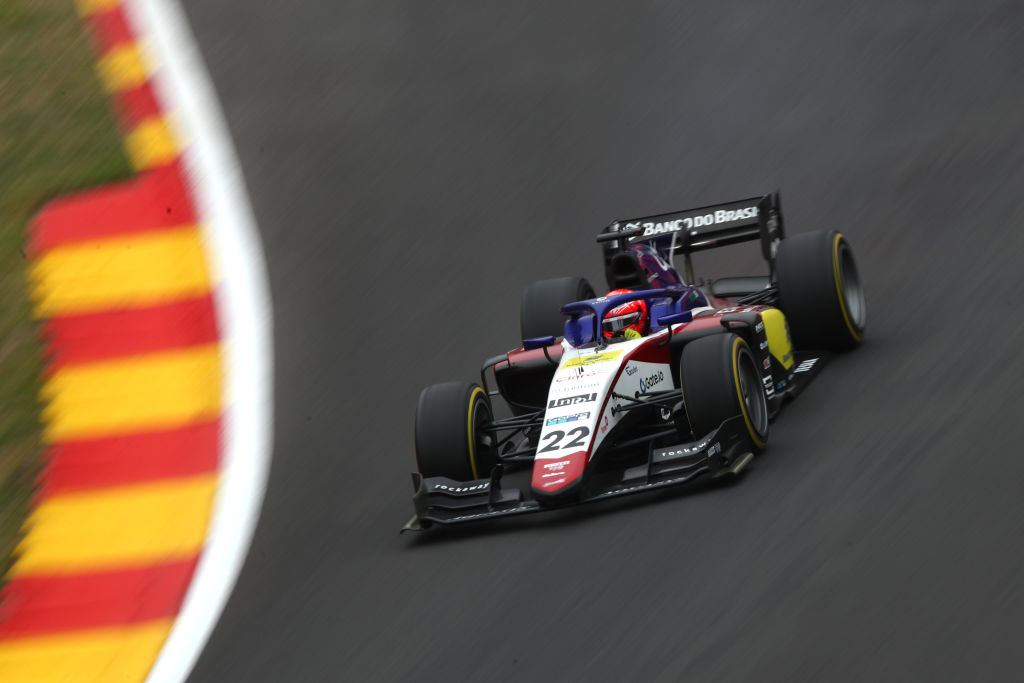 Enzo Fittipaldi has lost his fifth place in the Formula 2 feature race at Spa-Francorchamps to a five-second penalty.

The Charouz Racing System driver is now classified 10th, scoring one point rather than 10, with Carlin’s Logan Sargeant now occupying his former position. He remains sixth in the championship standings, having already been demoted by Jack Doohan and Liam Lawson in the race.

The penalty was issued because of a lap-two incident at Les Combes in which Carlin’s Lawson attempted to overtake Fittipaldi on the inside. Lawson had edged ahead as they got to the second part of the corner, at which Fittipaldi went off track to ensure they would not collide at the apex.

He rejoined ahead of Lawson, and “Charouz reported that they were having radio issues and were unable to contact their driver until two laps later at which point the position was given back prior to Turn 1”.

With this in consideration, the stewards decided a lasting advantage had still been gained and that Fittipaldi should be penalised five seconds and given a penalty point on his licence.

Campos Racing was fined €1000 post-race as during Lirim Zendeli’s pitstop “the front-left tyre was not placed flat on the ground as required” and the lollipop man had to stop the tyre from moving away.

There were penalties also handed out after FIA Formula 3’s feaure race, with Campos Racing’s David Vidales demoted from seventh to eighth in the results behind William Alatalo after he was judged to have overtaken the Jenzer Motorsport driver by cutting the final chicane on the last lap of the race.

The stewards’ hearing established that Vidales did slow down to try and give the place back, but was unable to do so in the short distance to the finish line.

Kush Maini was given a five-place grid penalty plus two penalty points after being found wholly to blame for a collision with Francesco Pizzi at the final corner on lap one.