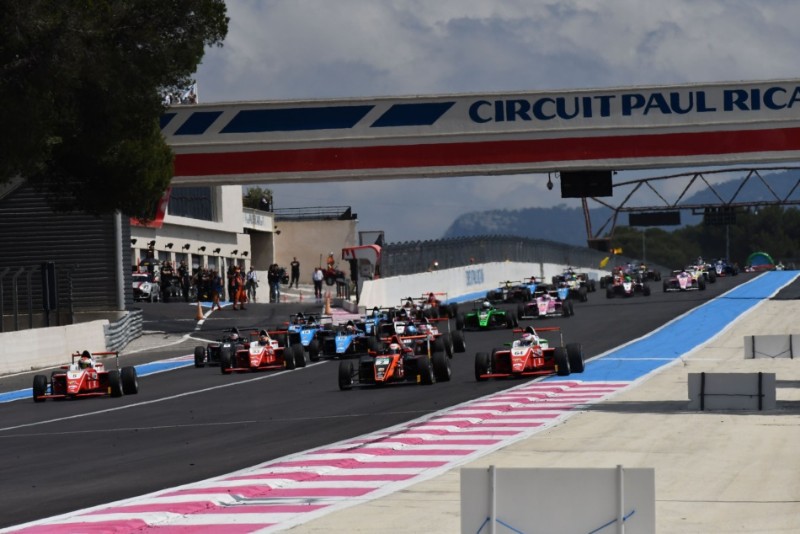 The Italian Formula 4 championship will hold two of its seven rounds abroad in 2021, with French Grand Prix venue Paul Ricard returning to the calendar.

Paul Ricard held the series’ first foreign round back in 2018, before a tie-up with Euroformula promoter GT Sport meant it visited the Hungaroring and the Red Bull Ring in 2019, and then only the Red Bull Ring this year when the visit to Hungary was called off.

That partnership continues into 2021, with the series starting its season supporting Euroformula at Paul Ricard on May 15/16.

ACI Sport, the series organiser, then hosts Italian F4 at its own race meetings at Misano (June 5/6), Vallelunga (June 19/20) and Imola (July 24/25) before it joins the GT Sport bill again at Austria’s Red Bull Ring on September 12/13.

The final two rounds are also ACI-organised events and where Formula Regional European Championship is the top series on the bill. Mugello comes first (October 9/10), before the season finale at Formula 1 and World Rally Championship venue Monza (October 30/31).

Once again the season clashes with rounds of ADAC F4, which Italian F4 drivers tend to double up in.

ADAC F4’s Oschersleben season opener runs on the same weekend as Italian F4’s, and the German series heads to the Lausitzring on the same weekend that its Italian counterpart goes to Austria. Changes had recently been made to the ADAC calendar, with the Zandvoort round taking up a July 10/11 date and the Hockenheim season finale being pushed back to October 23/24.