iSport International are unlikely to take part in the coming GP2 Series season, with team boss Paul Jackson looking to sell his entry.

The British team won the teams? and drivers? titles in 2007 with Timo Glock. After finishing sixth in the standings in 2012, the team have yet to confirm any drivers for the coming season which gets underway in Malaysia on 23 March. Pre-season testing begins at Jerez next week.

Jackson has confirmed that he is in talks to sell the team?s cars and its entry in order to save the company, having been unable to find drivers with the necessary budget.

?We?re not prepared to risk our business by starting the season with no means to see it through and going bust by the middle of it,??Jackson told Autosport.

?It?s obviously a very, very sad situation. We?ve tried all workable solutions, and decided there is no point in committing commercial suicide. The economy is obviously very tight, but we?re in the position where we don?t owe anything to anyone, and we?re keen to sort the situation out in full cooperation with GP2 and then move on to a new project when we?ve cleared our heads a little.

?We?re a team with a good reputation, both for engineering standards and for paying our bills. We wish to maintain that in the future.?

iSport would be the third team to leave the championship over the winter. Coloni pulled out following a disagreement with series organisers, and will be replaced by MP Motorsport, while Ocean Racing Technology had to give up their entry to Hilmer Motorsport after encountering financial problems. This comes after Formula 1 feeder series stalwarts Super Nova were forced to pull out 12 months ago.

iSport’s likely departure from GP2 is perhaps the clearest signal yet that series organisers need to tackle costs. The loss of Super Nova – four times drivers’ champions in the preceding F3000 category – was a blow, but the team had been a shadow of its former self for some time.? Similar can be said for Coloni and Ocean who left at the end of 2012. iSport however have continued to be strong on-track however, with their sixth place finish last year their worst ever performance since GP2 began in 2005, while both Jolyon Palmer and Marcus Ericsson took victories.

iSport do not appear to be in bad shape off-track either. While financial issues like unpaid sponsorship may have contributed to the downfall of the other teams – Ocean in particular – iSport are still healthy. The truth is that the team have been unable to find drivers with the necessary budget. Autosport quoted a figure of ?1.8million which, when compared to the prices bounded about by some, must be a cost price. If true, this is not the team’s shareholders trying to pocket themselves a healthy profit. They simply need this money from the drivers to cover the costs of racing in the series.

Jackson, who is the joint majority shareholder in the company along with his engineers Gavin Jones and Richard Selwin, is seemingly not prepared to risk the future of his business and the livelihood of his staff by running drivers without the full budget, and presumably nor is he satisfied taking drivers who have the money but would not be able to be competitive. 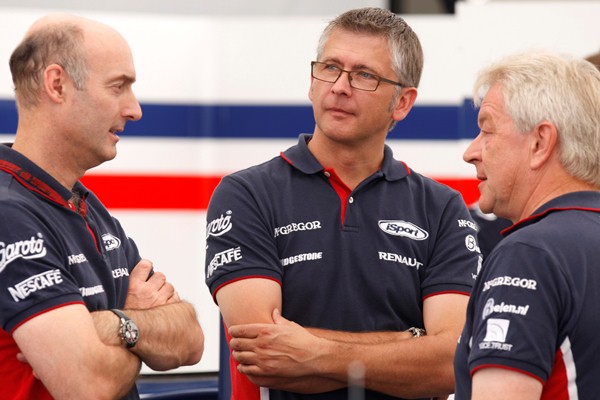 Jones, Selwin and Jackson are understandably worried about the future of their business – Photo: Alastair Staley/GP2 Series Media Service

Both these attitudes are more than understandable, but it clearly highlights a major problem with GP2. There are few competent-enough drivers who can afford the fees. Whatever the economic climate, this is unacceptable.

Exactly 12 months ago to the week, GP2 chief Bruno Michel told Autosport he refused to reduce the cost of competing in the series for drivers “who do not want to pay”. Hopefully in that time he has changed his mind.

Without quality drivers able to afford it, life becomes difficult for the teams too. So far Michel has managed to find replacement teams for those that have left, but arguably they are not of the same quality. Losing a team as strong as iSport will have an even greater effect, and you have to wonder who else will join them in the coming seasons. Top drivers want to race for top teams, and if those top teams are leaving GP2, the drivers will look elsewhere too.

2013 is due to be the last year for the third-generation GP2 chassis, with the category’s three-year cycles. A new car would incur new costs, something GP2 could really do without right now. A new car every three years is, in my eyes, unnecessary, particularly when times are tough. Hopefully series bosses will be aware of that too, and will extend the life of the current car.