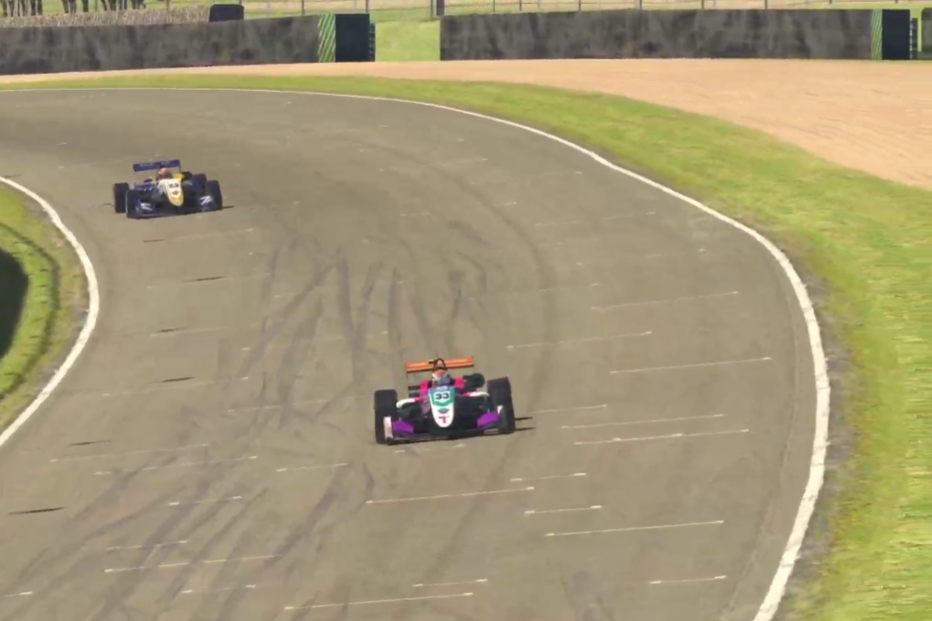 Mahaveer Raghunathan squeezed off American karter Matias Orjuela before being spun around by Alex Connor mid-race, and all three were able to finish. Connor came home sixth, Raghunathan was seventh, Formula E’s Oliver Rowland was eighth after mounting Connor at the exit of Druids on lap one, and Orjuela secured his spot in the feature by driving to 10th place sans the front end of his car.

Those outside of the top 10 in the heats went into the consolation race, which was won by Eduardo Barrichello. The Brazilian had missed most of free practice due to being at a supermarket and had a torrid event other than his consolation win.

The title-deciding battle between Ibrahim and Juncadella ended up being a timid affair in the feature, with the pair pushing each over to the limit but always a few tenths apart in the 10-lap race. They initially had De Haan on their tail too before a grassy moment on lap three, and a similar error by Juncadella on the penultimate lap all but ensured Ibrahim’s victory over the pair.

Malin came home fourth, with Denes passing Epps with two laps to go for fifth. Horsten and Connor were behind them, and Rowland charged up the order to beat old FR3.5 rival Will Stevens to ninth. There were only 14 drivers left on the lead lap at the end of the race, and F1 legend Rubens Barrichello was the last finisher in 22nd.

A third ‘Isolation Series’ is set to take place and start as soon as next week.