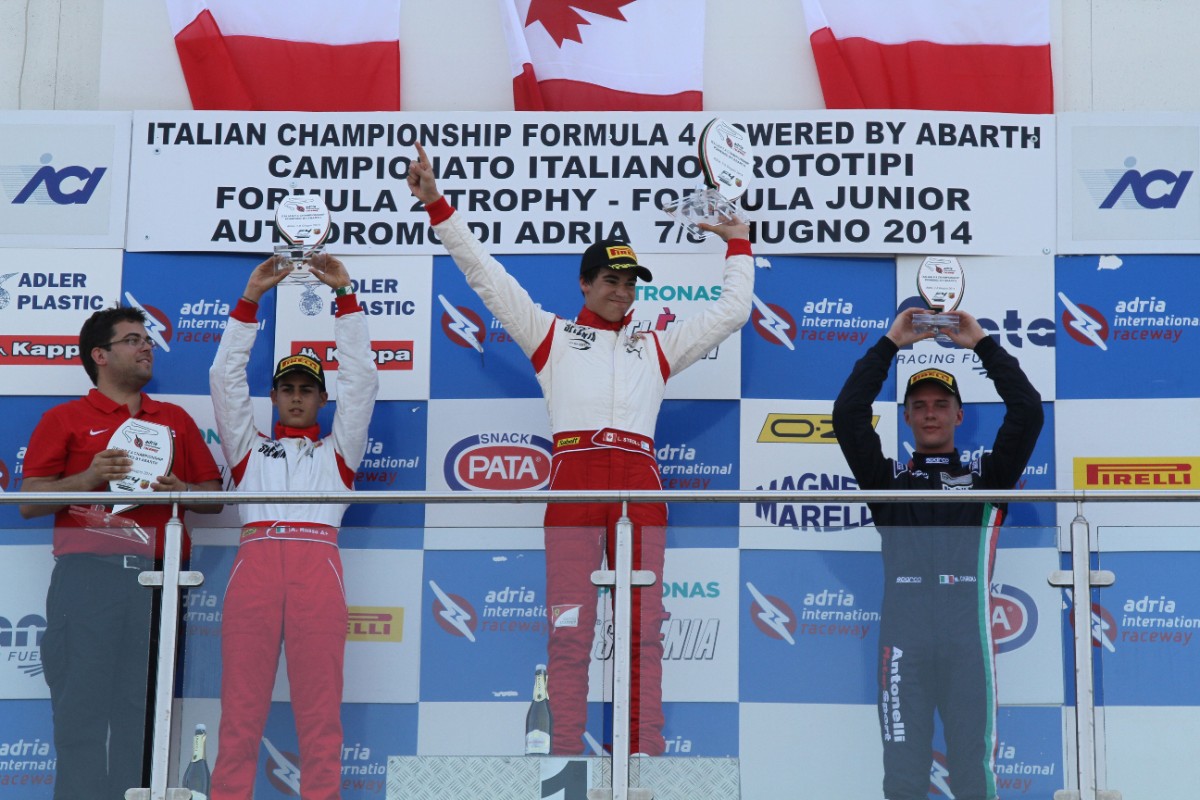 Six years ago, Lance Stroll heralded the start of a new motorsport era with his first car racing win at Adria. It wasn’t necessarily his individual contribution to that day that made it historic, but it was a win that mattered

On June 8 2014, the very first FIA Formula 4 race took place. The inaugural Italian championship encounter boasted 22 starters from 12 nations spread across nine teams, and the 24 laps passed without too much drama and just one retirement.

Ferrari junior Stroll edged Prema team-mate Brandon Maisano to pole by 0.073 seconds, with a pole lap set at an average speed of 80.217mph. Stroll had made his single-seater debut in the Ferrari Driver Academy’s Florida Winter Series at the start of the year, while former Ferrari protege Maisano was the 2010 champion of series predecessor Formula Abarth and was stepping back down a category after a race-winning spell with Prema in Italian Formula 3.

At the end of the warm-up lap, Jenzer Motorsport’s Ali Al Khalifa failed to hit his 18th place starting spot, but he was helped into position so the race could get underway.

Almost a third of the grid stalled at the start in the Tatuus F4-T014 (which is still used today), leading to several ambitious attempts to squeeze through spaces that weren’t there.

The Prema duo made decent starts, and Antonelli Motorsport’s Matteo Cairoli – now a sportscar star with Porche – made a great launch to move from fifth to third before missing his braking point at the Turn 4 hairpin and moving back down to his starting spot. 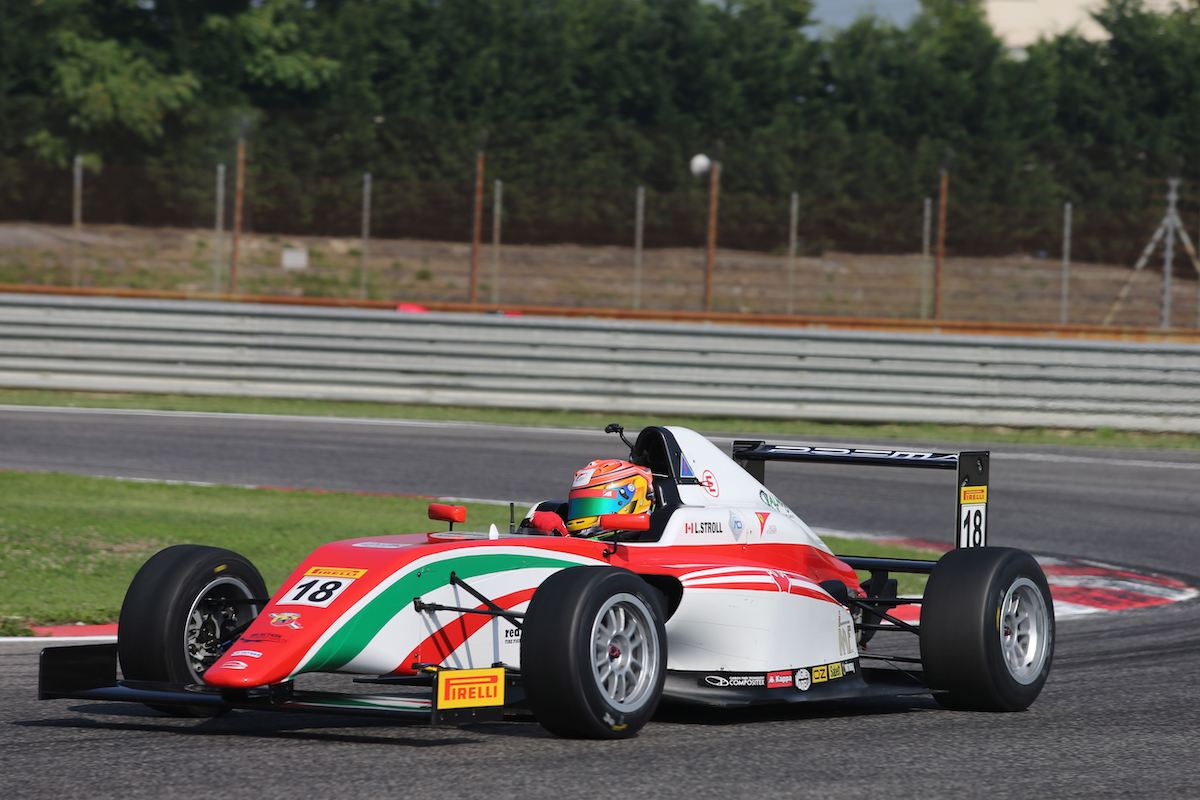 Diegi Motorsport’s Andrea Russo and Pulcini’s cameoing team-mate Ukyo Sasahara inherited third and fourth – from sixth and seventh on the grid – as the Prema drivers broke away.

The battle for the final podium spot was already isolated by lap three, and it took a further two laps until Cairoli was able to make a lunge at the Turn 7 hairpin on Sasahara for fourth.

That immediately gave Russo some breathing room that would only get larger throughout the race, and put Formula Renault 2.0 regular Sasahara under intense pressure from behind.

Stroll had got his lead up two seconds on lap eight, and up to three seconds on lap 12. Despite Adria having four hairpins preceded by long straights, there was little overtaking behind him and none of the points places changed hands until the final lap when Jenzer’s Alain Valente passed Pulcini for seventh after hounding him all race.

After 24 laps, Stroll met the chequered flag with 7.377s in hand over team-mate Maisano, with Russo a further 4s back in third place. The winner was able to lap two drivers on pace, but post-race he was more focused on the challenges that awaited through the rest of the day rather than his dominant maiden win.

“Things get difficult in [the reversed grid] race two, where I will start on the fifth row,” Stroll said. “The intention remains to win again. Although in a realistic way I have to admit that it will not be easy… But, at least in a podium position, I would think more closely.”

Sasahara built up a strong lead early in race two, but saw it shrink after Stroll had battled his way up to second place from 10th on the grid. They finished the race 0.218s apart, with Sasahara’s defensive work doing the trick for him. 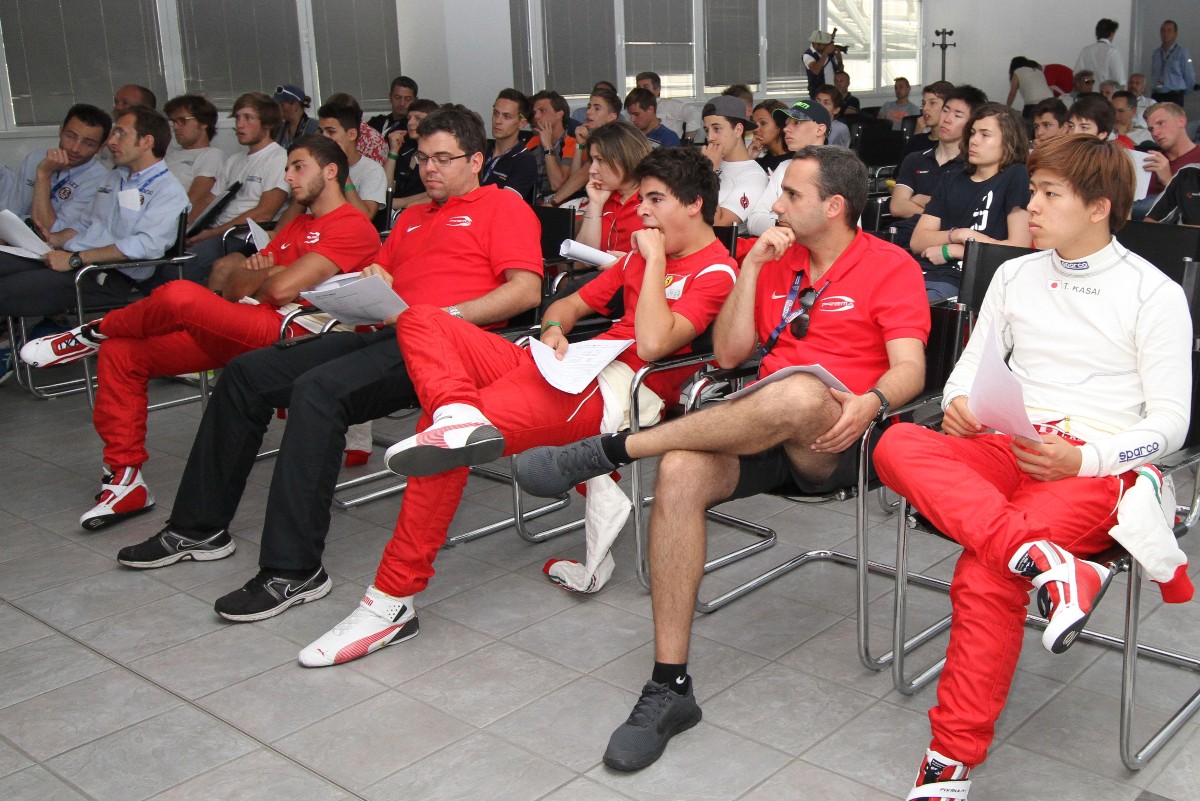 In race three it was Stroll who was on pole again, but he made an awful start and ended up finishing seventh. Russo took a dominant win and the points lead as a result, but Stroll returned to form after that and ended the seven-round season as the first ever FIA F4 champion.