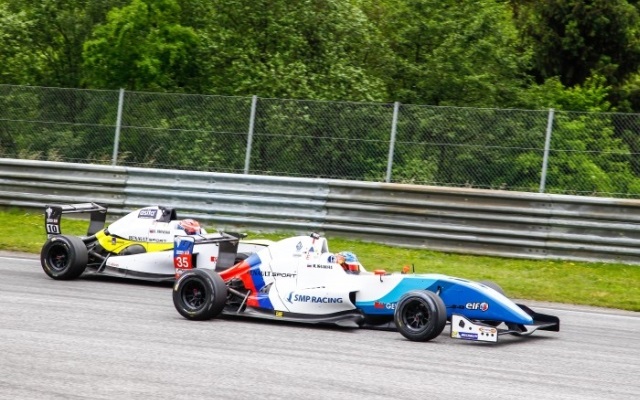 Matevos Isaakyan has scored his first victory of the season in the third and final Formula Renault 2.0 Alps race at Spielberg.

Lining up first, the 17-year-old?had a good getaway to hold on to the lead but the race was neutralized after just?one lap when?second-placed Matteo Ferrer?spun into the barrier at the final corner.

Isaakyan?did not make a mistake at the restart and led the entire race to see the checkered flag first.

Fellow Russian Vasily Romanov recorded his best finish of the season in second, having spent the race closely?behind Isaakyan.

Amaury Richard had to race under pressure throughout, first due to Bruno Baptista and later Jake Hughes but the Frenchman kept his opponents at bay to celebrate the second podium of his career.

Baptista finished sixth closely ahead of Stefan Riener, while the top ten was completed by Thiago Vivacqua, Danylo Pronenko and Daniele Cazzaniga.