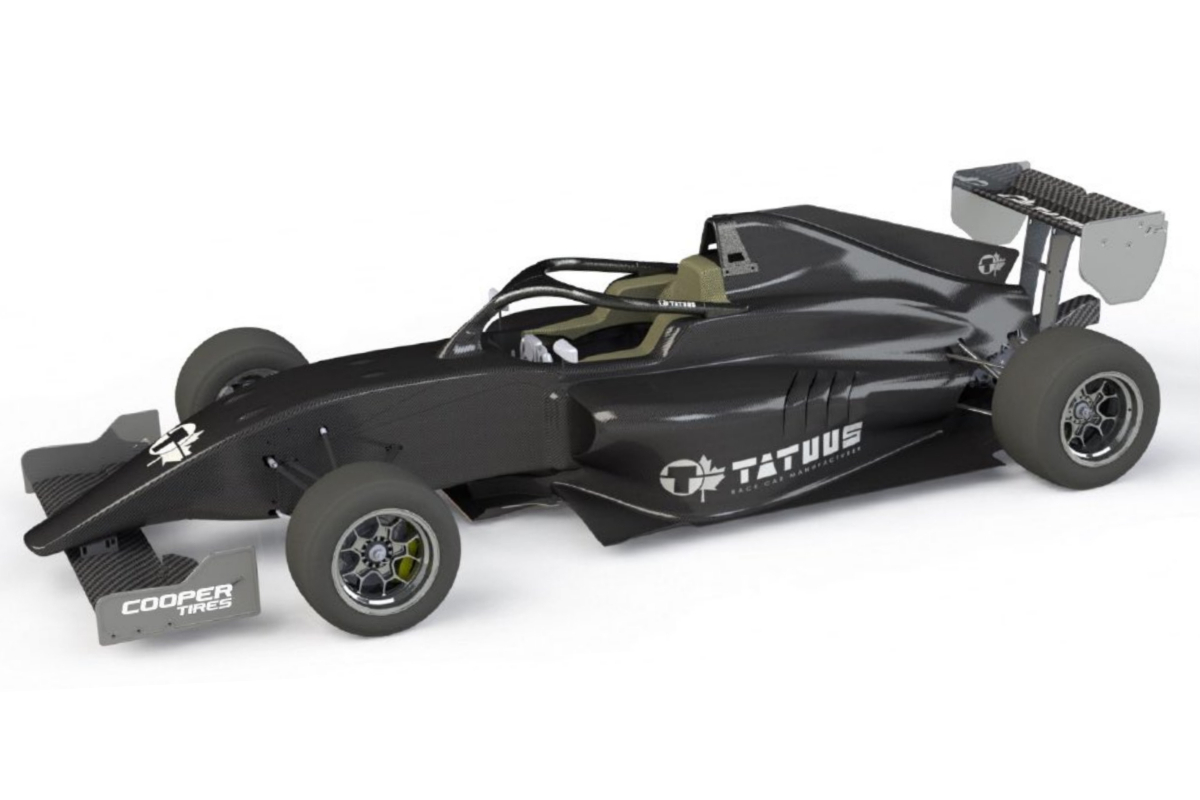 Indy Pro 2000 and USF2000 will follow Indy Lights in incorporating the halo cockpit protection device to their current car as of next year.

Both cars can trace their roots back to the Tatuus MSV F4-013 chassis that has been evolved to become the current BRDC British Formula 3 car as well as the basis of the two lower rungs of the Road to Indy.

The USF2000 model was introduced in 2017, and IP2000’s a year later. In 2019 it was announced both would be in service until the end of 2024, and the incoming safety upgrades means that’s now been extended by at least two years.

“With our current monocoque and fuel cell approaching their useful life expectancy, the timing was right to introduce an upgrade to ensure our cars will be set for the next five-plus seasons,” said Dan Andersen, CEO of the Road to Indy’s promoter.

“Extending the competition life of our race cars is important to enable teams to amortize their investment over many seasons.

“Tatuus has yet again come up with a well-thought-out plan and design, and I’m very pleased with how beautiful these cars will look with the enhancements.”

There could be more than 40 cars fitted with the upgrade kit by the end of this year. In addition to the halo, there will be new sidepods, underfloor, engine cover, air ducts, damper covers and fuel cells on the widened monocoques of both series.

“As more orders continue to be placed, we look forward to seeing the newly improved USF-22 and IP-22 cars on track at our annual Chris Griffis Memorial Test the end of October.” added Andersen.

Indy Lights and USF2000’s grids have grown for this season, with USF2000 attracting its largest grid in eight years when 28 cars lined up at Mid-Ohio earlier this month. The Tatuus chassis can be reconfigured to run in either IP2000 or USF2000.

“I’m thrilled that the initial 40 upgrade kits were quickly secured, although I’m not surprised considering the significant momentum that the Road to Indy is enjoying here in 2021,” the Road to Indy’s development director Rob Howden said.

“The addition of the halo-type device to our Indy Lights car this year has fueled extremely positive interest for 2022 and beyond, and taking the USF2000 and IP2000 cars to the next level is sure to provide a similar response.

“We’re fortunate to have forward-thinking, business-savvy team owners in our programme, and their pro-active steps to get their deposits in on the available upgrade kits is proof-positive that we’re moving in the right direction for the future.”

Nannini remains with Campos in F2 for Silverstone round