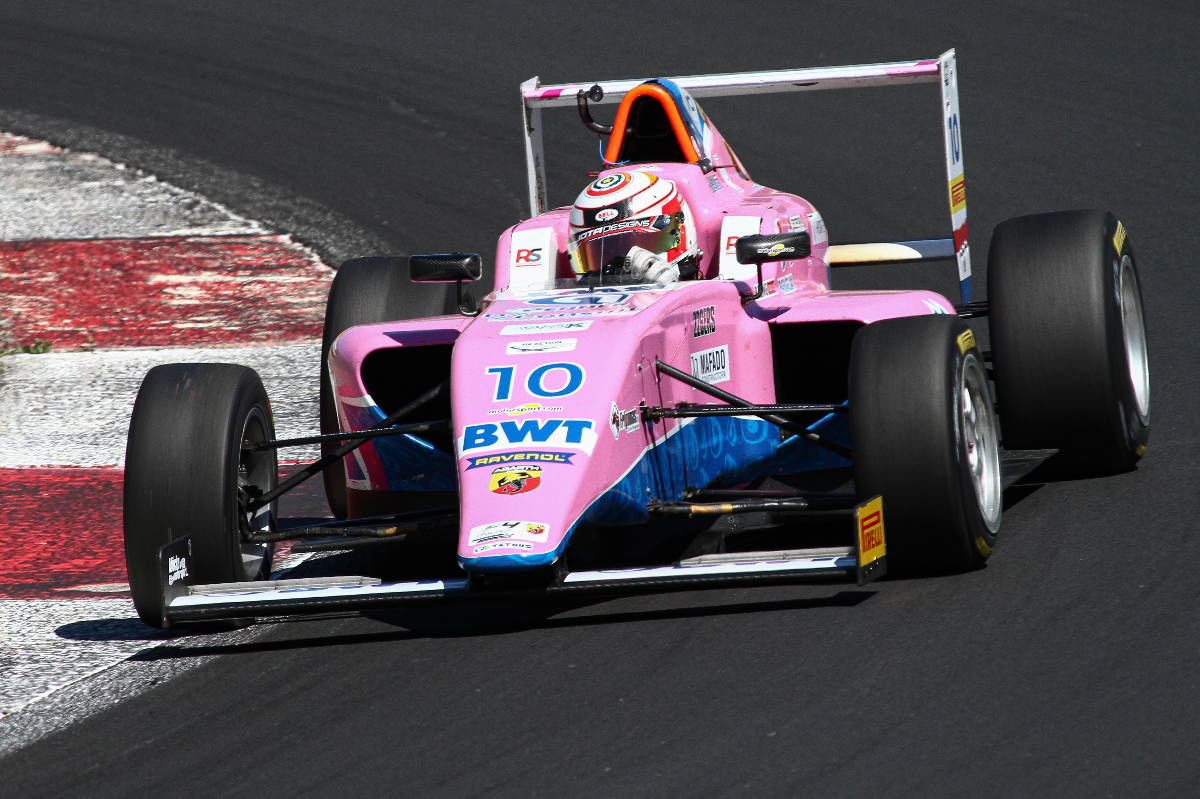 Joshua Duerksen followed up his impressive Euroformula debut with a return to Formula 4 at Imola and a test-topping pace.

The Italian championship test is running over Wednesday and Thursday, and Mucke Motorsport’s Duerksen set the pace on day one by over seven tenths of a second.

In the morning it was Prema’s Sebastian Montoya who was quickest, with he and Duerksen in different groups as the 28-car entry list was split into two.

Both topped each of the sessions in their respective groups, with Jenzer Motorsport’s Santiago Ramos being the closest to Duerksen in their group. On the midday timesheet, Montoya was 0.021s up on Duerksen.

It was similarly close in the first of the afternoon sessions, with Montoya 0.035s up this time, but then Duerksen found another level of pace in his final session to be the only driver to lap in the 1m44s. Montoya also improved in his final run of the day, but was 0.702s slower than Duerksen.

Less than a tenth split Montoya in second and Iron Lynx’s Leonardo Fornaroli in sixth, with the drivers in between them being Ramos, Prema’s Kirill Smal and a driver at Cram Motorsport whose identity wasn’t listed on live timing.

Formula Scout understands it was reigning F4 United Arab Emirates champion and Euroformula podium finisher Enzo Trulli who was in Cram’s car. His F4 title came with the team, but a contract he signed with Drivex School to contest Spanish F4 prevented him from racing in the Italian series.

He then raced in Euroformula with Drivex instead, but what is believed to be a contractual dispute led to the 16-year-old missing the most recent round at the Hungaroring where he was replaced by Duerksen.

Hwarang is an official Mercedes-AMG Customer Racing junior driver through his karting team CV Performance Group, which is linked to several of Mercedes’ official customer teams in sportscar racing. He’s currently 48th in the CIK-FIA European Karting Championship for OK karts with one round to go.