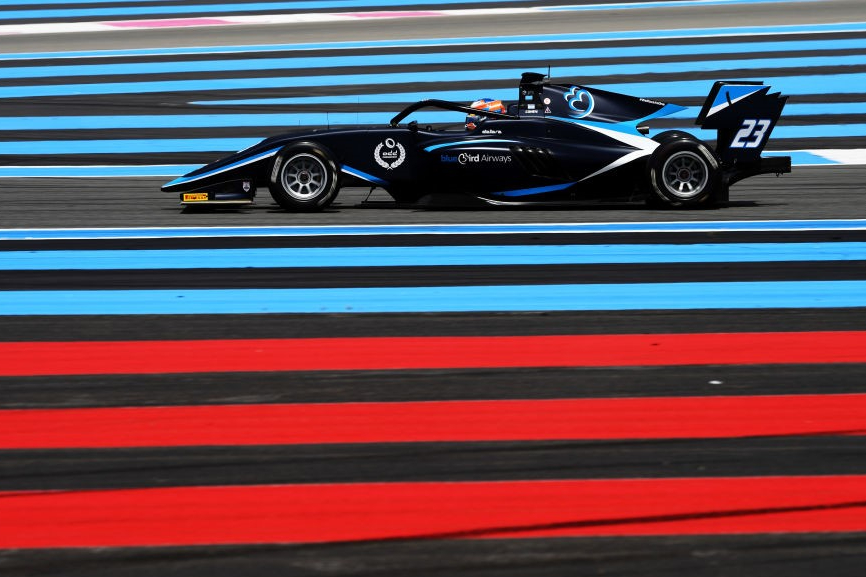 The Israeli is 28th in the FIA F3 points with Carlin after three rounds, and has a best finish of 16th. He moved into the series after finishing seventh in Euroformula with the team in 2020, as well as coming ninth in the Toyota Racing Series.

Cohen moves down to FREC, which like TRS is a Regional F3 championship, in his pursuit of FIA superlicence points and he will make his series debut in the next round at Spa-Francorchamps on July 23-24. He will also continue his FIA F3 campaign.

“We are delighted to welcome Ido Cohen to our team,” announced JD.

“The Israeli driver will race with us in the second half of the Formula Regional Europe 2021 season. Cohen will make his debut in the championship next week at Spa-Francorchamps!”

JD’s drivers have failed to score in the first first five rounds of the season, although it ran Michael Belov as a guest for the Paul Ricard round and the Russian twice finished second as well as taking fastest lap in his second race.

Tommy Smith and Toyota-backed Eduardo Barrichello are the team’s two regular drivers, with Barrichello having recently made his professional racing debut in Stock Car Brasil as team-mate to his Formula 1 grand prix-winning father Rubens.

Barrichello qualified 21st and finished a lapped 19th in his first race, and was 25th in the follow-up.

Monolite Racing currently only has one driver on its books after Jasin Ferati split with the team following the last round at Zandvoort. Formula Scout understands that its Spa participation with Pietro Delli Guanti will not be affected by its search for a second driver, as long as the car previously raced by Ferati is entered by the team.

How a team switch has tilted Ticktum towards F2 title contention