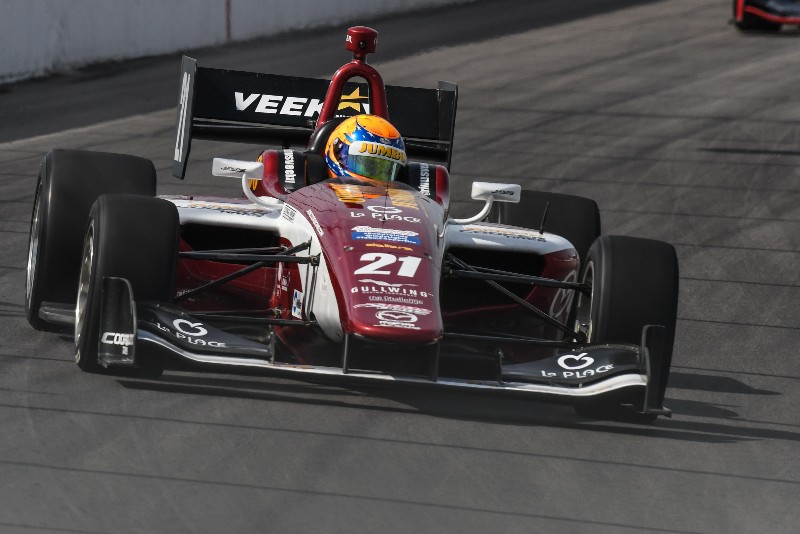 Indy Lights has a winter series format on the table for its return next year, after the current season was cancelled due to the coronavirus pandemic.

One free practice session took place in St. Petersburg before the season opening round was called off, and after multiple postponements of other events and adjustments to some drivers’ plans, it was decided earlier this month to not go forward with the season at all.

The IndyCar-owned series plans to return to action in 2021 with an improvement on this year’s 10-car grid, as Road to Indy CEO Dan Andersen explained to Formula Scout.

“We hope that something good comes out of this in terms of car count in 2021. We’re looking at some other options, possibly running a winter series for Indy Lights in January. Nothing to announce on that yet, but it’s an idea I’m considering. If the teams want that, I will seriously consider it.”

After St. Petersburg was called off, the Road to Indy started a Esports series, using a virtual version of its previous generation Indy Pro 2000 car on iRacing, as a substitute for real-life racing.

RP Motorsport’s IP2000 driver Phillippe Denes won the title in both seasons held, and The series proved popular with the drivers and team bosses who competed. It could also make a return next winter during the traditional off-season.

“That’s a conversation I have to have with my PR staff,” said Andersen. “Tamy Valkosky and my entire PR team put a lot of effort into the Esports series, and I think it was fantastic. It’s amazing to me how iRacing does such a great job with that stuff.

“Phillippe Denes did a terrific job winning the championship twice. Will we do it in the off-season? Possibly. We will not be doing another one now the racing is beginning, but it’s an interesting thing to keep everybody occupied during the fall and winter. We’ll have that conversation. It could happen.”

Roman Stanek splits with Prema ahead of FREC season