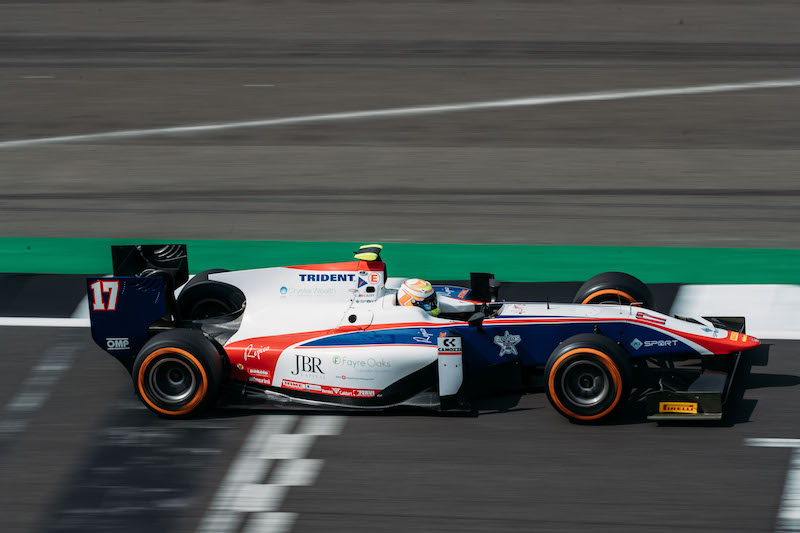 Callum Ilott said he could have qualified even higher up the order on his Formula 2 debut at Silverstone had part of his rear wing not broken, making it “very difficult” through the high speed corners.

The European Formula 3 frontrunner is competing for Trident on home ground in a deal that only came together on Tuesday, with his only previous running in the Dallara GP2/11 coming in the Abu Dhabi test last December.

Having been 18th of the 20 drivers in Thursday’s free practice session, he then qualified in 15th place, only 0.037s behind 13th-placed Luca Ghiotto and four tenths quicker than the best of those behind.

That was despite one side of the top element of his rear wing working loose, reducing the amount of downforce available through Silverstone’s high-speed corners.

“I think the glue had come down so basically when I got aero on it, it dropped down, which means it had no effect,” he told Formula Scout.

“Obviously it was very difficult in the high speed, so there was probably a lot of time there, but I can?t be that unhappy that I did that job with that.

“I think a good result could have been possible.

“To be where I am with that much margin, I?m pretty happy.”

Not only will Ilott have to get on top of the F2 tyre degradation in Saturday’s feature race, but it will also be his first race-start with a hand clutch and feature his first ever racing pit stop.