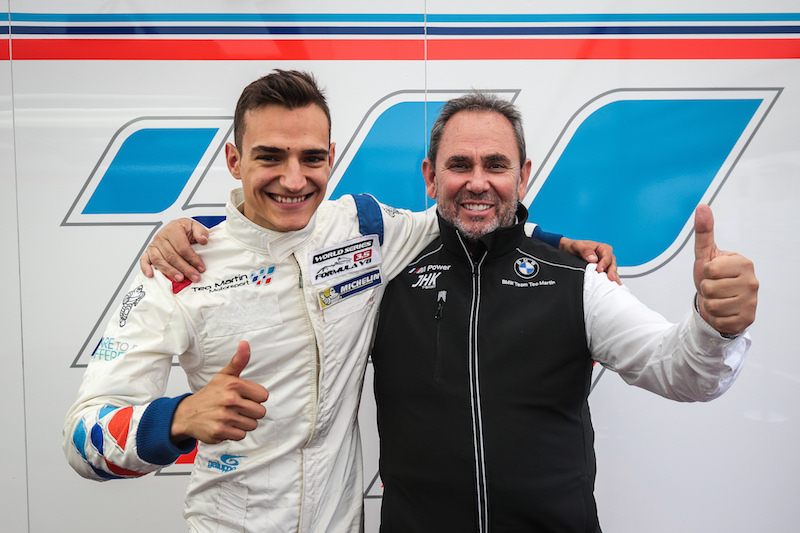 Alex Palou will make his World Series Formula V8 3.5 debut this weekend at the Nurburgring – and has claimed pole position for his maiden race.

The Spaniard has been called up by Teo Martin Motorsport in place of regular driver Nelson Mason, who the team said was unable to attend due to personal reasons.

Palou, who is second in this year’s Japanese Formula 3 standings after his two seasons in GP3, previously topped a solitary day of collective testing he conducted with the same team at Jerez late last year.

After coming second in both free practice sessions, he excelled in wet conditions in qualifying, laying down a 1m42.174s before conditions worsened to claim pole by 0.667 seconds over Pietro Fittipaldi.