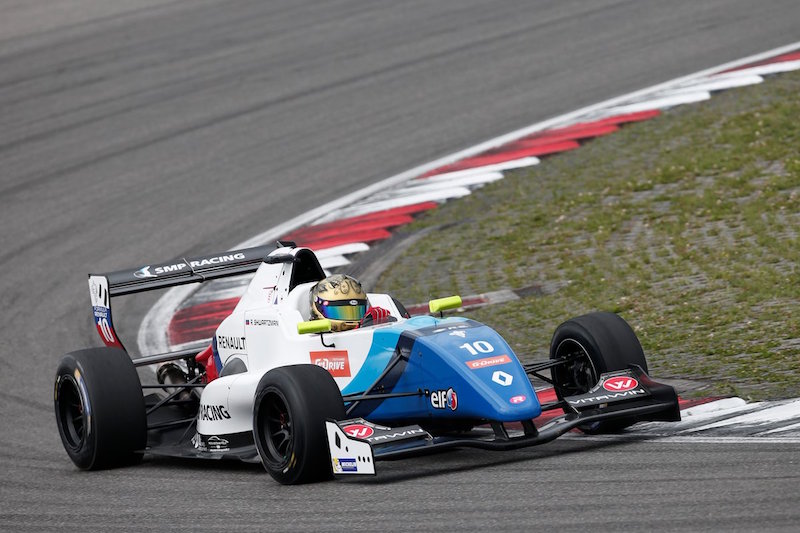 Title challengers Robert? ?Shwartzman? ?and? ?Sacha? ?Fenestraz? ?will share? ?the? ?Formula Renault ?Eurocup? ?pole positions? ?at? ?the? ?Nurburgring, as points leader Will Palmer managed just 10th and then seventh on the grid for the two races.

On the same side of the draw as Defourny, Palmer was only fifth in his group in the first session, and then fourth in the second session.

The Briton goes into the first race only five points ahead of Shwartzman and 22 in front of Fenestraz.