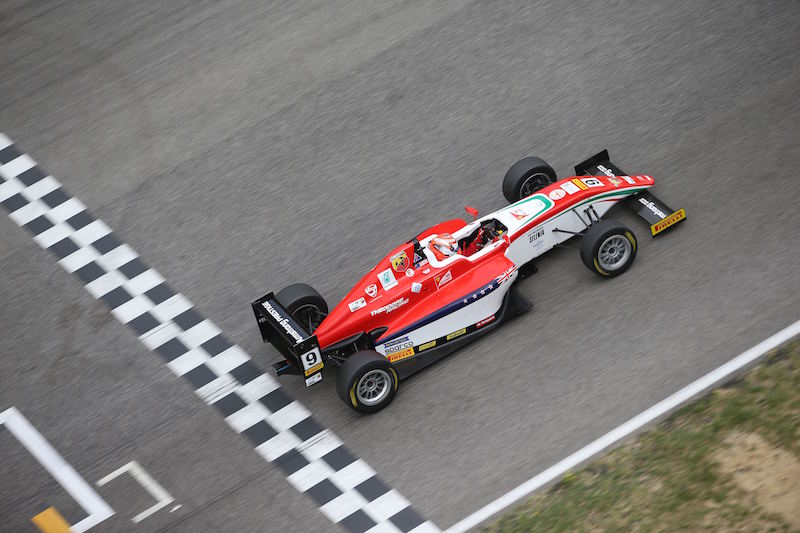 Ferrari junior Marcus Armstrong took an easy second win of the Italian Formula 4 season at Mugello, pulling away ?without difficulty? from pole while team-mate Juri Vips held off Lorenzo Colombo in a tense encounter.

The drivers spent the first couple of laps under the safety car after a turn one crash, but once set free Armstrong took the initiative and pulled clear.

Vips initially looked safe in second but a late race surge by Colombo, including fastest lap, put him under pressure and he only held on to the position by three tenths.

Leonardo Lorandi and Kush Maini finished fourth and fifth, with a race long battle between Enzo Fittipaldi and Lirim Zendelli being decided in the former?s favour after a confident pass by the Ferrari junior around the outside of Mugello?s San Donato right hander just after half distance.