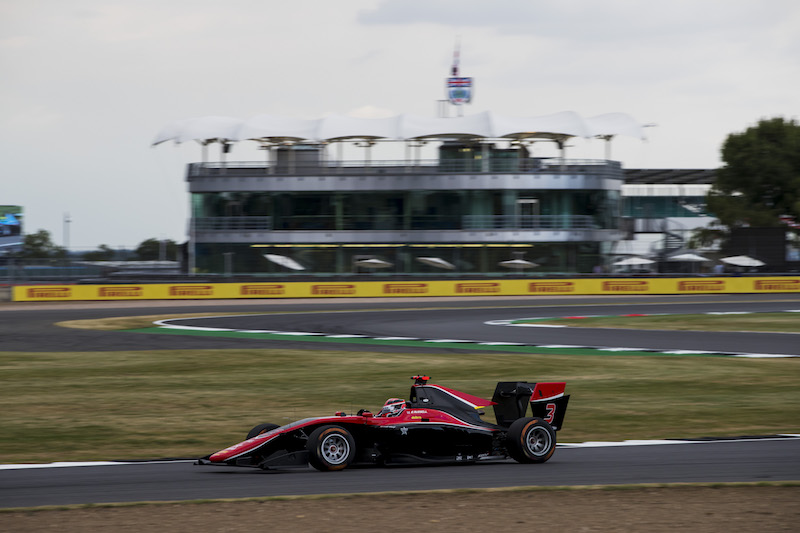 Russell led much of the session, leading the field by 0.227 seconds after the first runs, responding after ART team-mate Nirei Fukuzumi (who is one point ahead at the top of the championship) came to within 0.018s of his early benchmark.

The whole ART quartet then fought over pole inside the final four minutes, just after Trident’s Dorian Boccolacci had missed out on toppling Russell by only five thousandths of a second.

Firstly Jack Aitken climbed from ninth to put himself two tenths clear, only for Fukuzumi and then Russell to move ahead with similar margins when they crossed the line.

Anthoine Hubert was the last of the ART drivers across the line and went second, 0.106s down on Russell.

On his final lap, Russell was 0.085s slower than before, but his pole position was secured nonetheless.

Second for Hubert was a considerable improvement on the ninth and eighth places he claimed at the opening two rounds, with Fukuzumi making a small improvement on his time late on but staying third.

ART was denied another lock-out of the top four (like it had in race one in Austria and in Thursday’s Silverstone practice session) by Aitken being shuffled behind Boccolacci and Alessio Lorandi at the finish.

Boccolacci however takes a three-place grid penalty for causing his spectacular collision with Lorandi on the last lap of race in Austria.

That will put him seventh behind Red Bull Junior Niko Kari, who scored his best qualifying result of the season.

The top 10 was completed by Arjun Maini, Ryan Tveter and Julien Falchero.