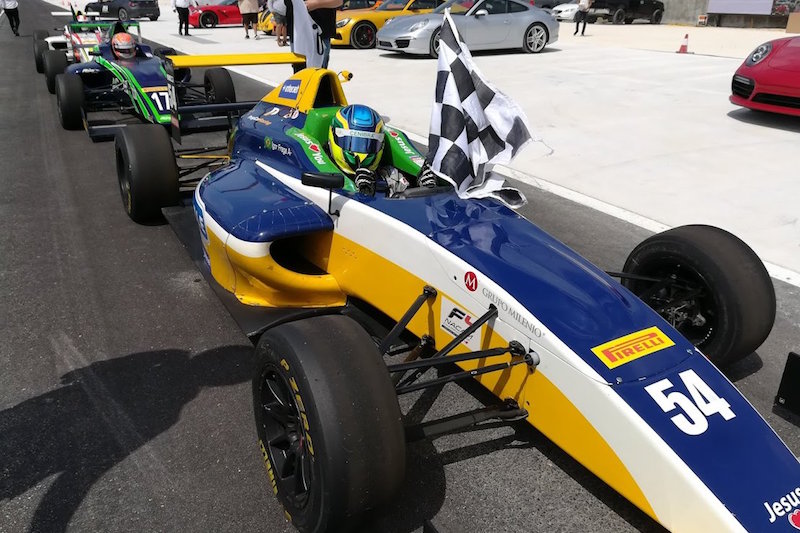 Igor Fraga capitalised on off-track controversies in the NACAM Formula 4 championship to star at the Autodromo Yucatan Emerson Fittipaldi, and now lies second in the points table.

Mohnhaupt?s shock departure caused considerable disturbance before the race weekend even got under way; her MomoF4 team-mate Inigo Leon was unsure if he even had a car to race.

In the end, the team got his car ready in time and it was a good job; only six cars made the start for the three races held over the weekend. Series regulars Santiago Lozano and Mariano Martinez of Telcel RPL Racing were absent and there were no guest drivers to fill out the grid.

Fraga started the first race from pole, with RAM Racing?s Michael Santos in second, in front of de la Vara. Santos had initially been penalised for exceeding track limits in qualifying, but the penalties were overturned.

The five cars finished in the same positions in which they started, with Santos?s team-mate Emiliano Jauregui in fourth and a relieved Leon fifth. Some drama was provided by de la Vara?s mistake at Turn 3 which dropped him temporarily to fifth, but he worked his way back up to third.

De la Vara was disappointed with third and hoped to make up for it in the next race. He lived up to his promise with a win at his home circuit, having taken a chance on missing the rain-affected warm-up.

Fraga was second and Jauregui claimed his first series podium in third. Santos led for much of the race but had to pit due to a problem with his car. He was able to rejoin the race but could only finish fifth.

Brazilian Fraga started the third race from pole again, which he duly converted to another win. His participation in the warm-up showed in his more confident lines through the track. de la Vara could only manage third and claimed to be ?taking care of the car?. Santos separated them in second place.