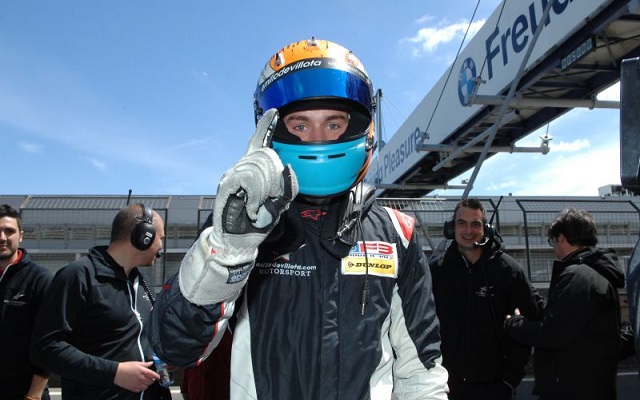 F3 Open race winner Hector Hurst will be making a last-round team change in the championship, switching from EmiliodeVillota Motorsport to Team West-Tec for the Catalunya round.

Hurst, 21, currently sits in seventh in the championship with three podium finishes, including a maiden victory in race two at Nurburgring. However, following the win, the Briton has had a streak of lackluster outings, finishing no higher than sixth in the subsequent eight races and dropping out of championship contention.

“I want to thank John Miller and my manager Mark Blundell for this opportunity”, stated Hurst. “It’s going to be great going into the season finale with West-Tec and having a chance to finish the season on a high and hopefully on the podium. The team have been really successful this year so I am looking forward to hopefully continuing this streak for them.”

West-Tec lead the teams’ standings by two points over nearest rivals RP Motorsport going into the final round. The British squad has amassed eight race victories over the season – three courtesy of Canadian racer Nelson Mason and five by Ed Jones, who enters the finale as a major drivers’ title contender. Both Mason and Jones have also won a race each in the pre-season F3 Open Winter Series.

“Hector has been consistently impressive and is the only driver outside of the main teams [West-Tec and RP Motorsport] to have won a race this season,” said Team West-Tec principal John Miller. “With our team having won ten of the 16 races so far this year, I am certain he is going to be pushing hard to add to his win tally in Barcelona, and we are delighted to have him on board.”