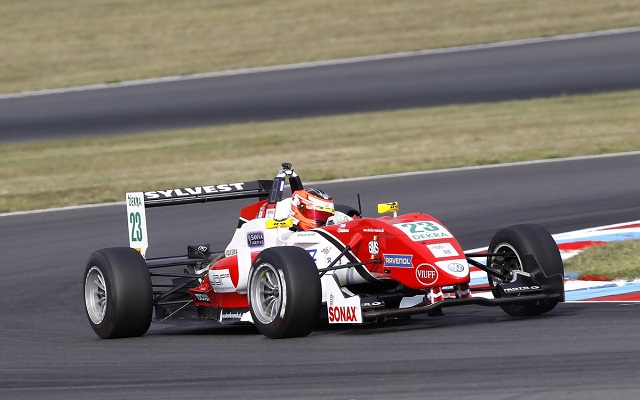 Danish junior Nicolai Sylvest will be joining JBR Engineering & Motorsports for a full-time campaign in the 2014 German F3 championship, having previously contested held a part-time drive in the series.

Sylvest, 16, started racing in single-seaters in 2012, taking the Formula Ford Denmark title in his debut year. This year, he’s contested the Lausitzring and Hockenheim rounds of German F3 with JBR, achieving a best finish of seventh.

The German squad will be looking to enter two cars for the 2014 season, with Sylvest’s partner to be confirmed at a later date.

Hubertus-Carlos Vier is set to be another returnee for next season, with TTC Motorsport looking to run the Trophy frontrunner full-time in the main class.