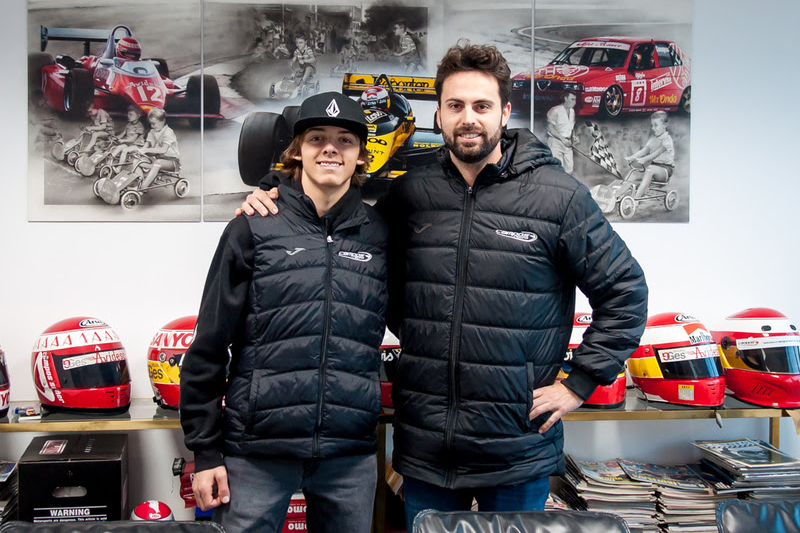 American 16-year-old Hunter Yeany will be a full-time FIA Formula 3 Championship driver this season with Campos Racing after debuting in the series with Charouz Racing System last year.

The third-year car racer was United States Formula 4 championship as a single-seater rookie in 2020, with seven wins from 15 races, as well as coming fourth in the F4 Western Winter Series and YACademy Winter Series, in which he won three races.

Last year his primary programme was Formula Regional Americas, with a series scholarship off the back of his US F4 title, but he also competed part-time in Indy Pro 2000 and had eyes on Europe so raced in GB3 and then FIA F3 for two rounds.

“I’m really excited to announce that I’ll be doing the full season of FIA F3 with Campos Racing,” said Yeany.

As well as doing running in BRDC British F3 cars in Europe in previous winters, he has also tested more powerful machinery privately at tracks including the Red Bull Ring to prepare himself for a long-planned move onto the Formula 1 support bill for 2022.

When an FIA F3 seat at Charouz opened up mid-season last year he snapped it up to gain experience of the Dallara F3 2019 car and more European circuits. His best finish was 18th, which came in his debut race at Spa-Francorchamps.

He is Campos’s second signing after F4 graduate Pepe Marti, who is currently racing in FRegional Asian Championship, and joined the Spanish team for the official post-season F3 test last November at Valencia’s Ricardo Tormo circuit.

“I should like to extend a warm welcome aboard to another young driver as Hunter,” said the team’s sporting director Adrian Campos Jr.

“Probably alongside Pepe they are the youngest drivers in the field but we perfectly know how talented he is. We will do our utmost to help him quickly improve in such competitive racing series and we are sure Hunter will reach his full potential.”