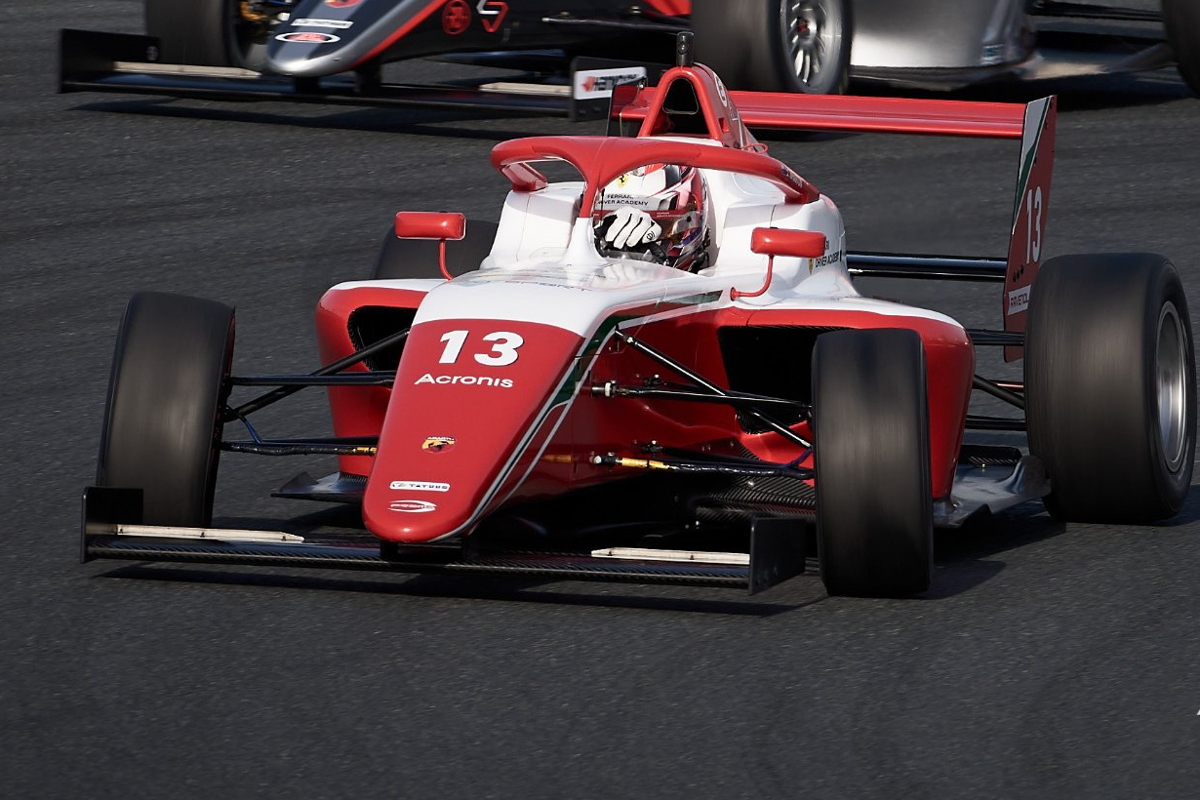 PHM Racing initially looked favourite for pole with its drivers, having topped pre-event testing and free practice with Nikita Bedrin.

Taylor Barnard started Q1 on top for the team, but he would soon fade out of contention while his team-mates Bedrin and Jonas Ried didn’t even appear near the top.

Xcel Motorsport’s Jamie Day was the first driver to lap sub-1m40s and usurp Barnard, with MP Motorsport’s Inthraphuvasak next to head the timing sheet.

Barnard did return to first place with seven minutes to go of the session but wasn’t there for long as Inthraphuvasak improved to put himself on provisional pole.

The Thai seemed set to be starting from the front until the final seconds when Abu Dhabi Racing by Prema rookie Wharton posted a 1m38.822s that was a massive 0.446 seconds faster.

Bedrin qualified 0.996s off the pace in 11th, meaning he shares row six of the race one grid with Barnard, with Ried ending up being the top PHM driver in ninth.

AKM Motorsport’s sportscar star Loris Spinelli was 1.384s off pole and 21st fastest on his return to single-seaters after an eight-year absence.

There was a similar story in Q2, with Neate the first to top the times before Inthraphuvasak established himself on provisional pole by two tenths of a second. In the very final moments it was Wharton from third place who improved to snatch pole again, this time by a smaller margin of 0.116s.

Neate again qualified third behind him, with MP Motorsport’s Miron Pingasov in fourth. The Dutch team and Hitech GP had stronger showings, with Pingasov’s team-mate Rik Koen also making the top 10 while Hitech’s Oliver Gray and Alex Dunne were eighth and ninth.