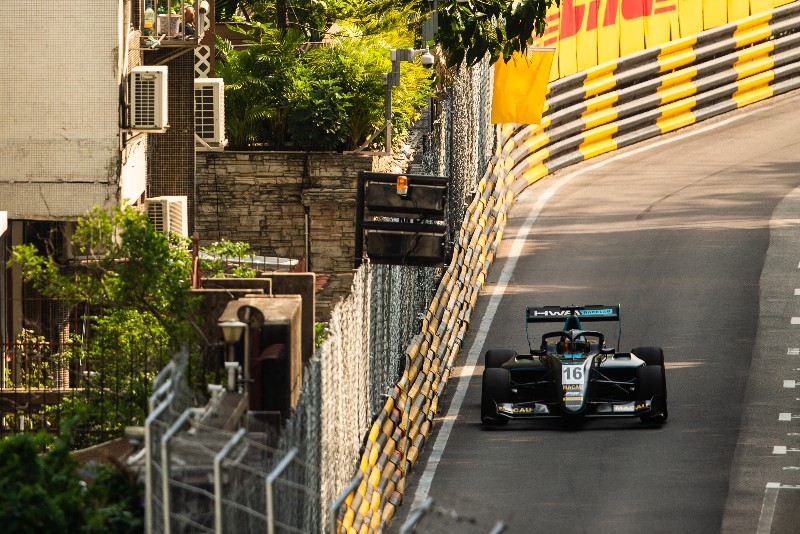 The German team won 19 DTM titles before leaving the touring car championship at the end of last year and switching to single-seaters in Formula E and FIA Formula 3 Championship.

Its engines have powered seven Macau winners, but 2019 marks its first appearance at the race as a team courtesy of the event running as a non-championship FIA F3 round this year.

“I really enjoyed it [Q1], apart from obviously the red flags,” Hughes said.

Hughes was able to set a 2m06.793s lap between the interruptions, 3.117 seconds faster than the track record set by Dan Ticktum last year.

“I had one lap in the middle there and I tried to make sure I got it, just in case I had no more. It was a really strong lap.

“Later in the session I was quicker on sectors but I didn’t quite get to finish it. I think we are performing well: second in free practice one and first in qualifying one. It’s a really strong start to the weekend.

“Obviously it’s only a provisional P1, so I still have to do the job tomorrow. But it’s looking good.”

Macau’s qualifying sessions take place on separate days, with the grid for the qualification race being based on drivers’ fastest times – regardless of which session they were set in.