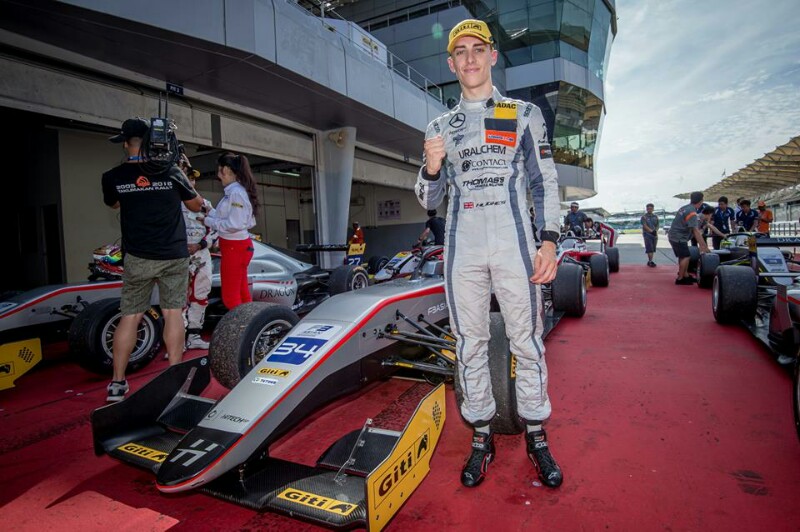 The Hitech GP driver backed off in the closing stages of the race, but still finished almost 17 seconds ahead of team-mate Charles Leong.

Leong and Absolute Racing?s Akash Nandy were able to challenge poleman Hughes at the start, but the Englishman held the lead. For the next 13 laps he was untouchable, regularly setting fastest laps on his way to victory.

Nandy soon came under pressure from Raoul Hyman, who he?d passed off the line to take third. The South African pushed hard and was quickly able to pull alongside Nandy to reclaim the position and make it a Hitech 1-2-3.

Hyman began to close the gap to Leong but finished more than two seconds behind his team-mate.

Nandy spent the rest of the race with his own Absolute Racing team-mate, Jaden Conwright, on his tail. The Malaysian driver was forced to defend hard but managed to keep Conwright behind him, eventually pulling out a gap of almost a second.

But the fight came to an end on the last lap, when Nandy stopped in the final sector. Conwright was promoted to fourth, ahead of Chase Owen and Tomoki Takahashi.

Takahashi managed a stunning recovery driver after spinning early in the race. The Japanese racer had been running alongside Presley Martono when he was pushed slightly wide and onto the grass, prompting the spin and sending him to the back of the field. Within a handful of laps he was back in the top 10 with an impressive move around the outside of Martono and Daniel Cao.

His climb slowed as he closed in on the top six, but the Super License driver was able to pass Louis Prette in the closing stages of the race to take sixth.