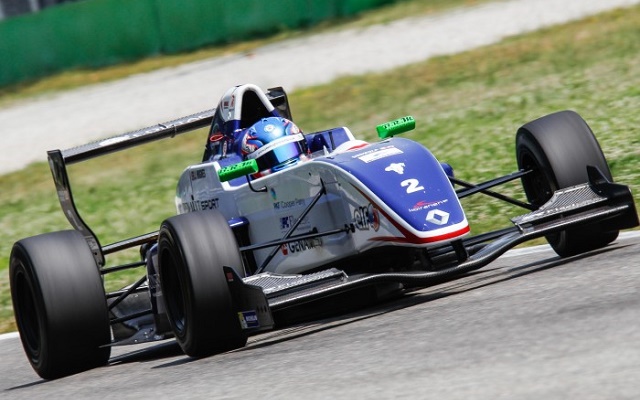 Koiranen GP’s Jake Hughes bounced back from a mechanical retirement in race one to top the second qualifying session of the Formula Renault 2.0 Alps round at Monza.

A late effort from Hughes disrupted a seemingly inevitable JD 1-2 as the Brit cleared both by less than a tenth to claim his second Alps pole.

Matevos Isaakyan narrowly got the upper hand on teammate and Saturday winner Thiago Vivacqua and will join Hughes on the front row, with the Brazilian lining up in third alongside Vasily Romanov.

Stefan Riener was the second-best Koiranen in fifth, ahead of newcomer Jehan Daruvala, Daniele Cazzaniga and Matteo Ferrer.

Points leader Jack Aitken‘s difficult weekend continued, with the Brit qualifying a provisional ninth, only to lose his best lap due to a track limits infringement, which sends him back to 14th.

Instead, Ferdinand Habsburg and Denis Bulatov will make up the fifth row.