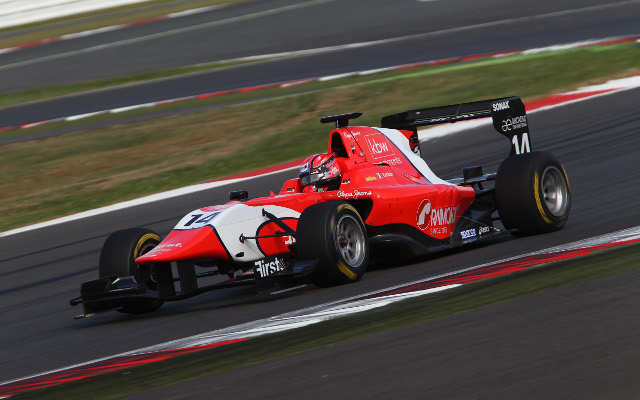 The Italian started from second on the reverse grid and took the lead away from Ralph Boschung off the line.

He held off an early attack from Esteban Ocon and then began pulling away, finishing more than two seconds ahead of the European F3 champion as he took his first win since his title-winning Auto GP campaign four years ago.

Race one winner Marvin Kirchhofer climbed to fifth on the opening lap but soon found himself pushed back down to eighth, behind Parry, Emil Bernstorff and championship leader Luca Ghiotto.

A torrid weekend for Ferrari junior Antonio Fuoco was completed by him spinning out of 16th at Becketts, dropping him to the back of the pack.