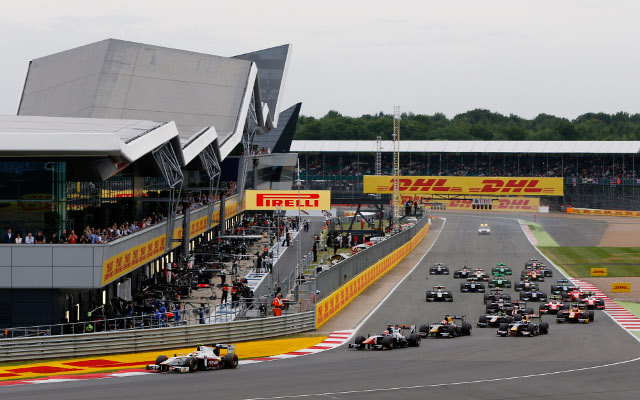 Rio Haryanto took the honours in a GP2 sprint race for the third time this season in Sunday’s encounter at Silverstone.

The Indonesian got a good start from pole position and had a 1.3-second advantage over second-placed Raffaele Marciello by the end of the first lap.

He controlled the race from there onwards, with his final margin just under two seconds.

Pierre Gasly returned to the podium for the first time since Barcelona after a superb first lap from fifth on the grid past the slow-starting front row man?Nick Yelloly and his own DAMS team-mate?Alex Lynn.

While the top three was settled on lap one, there was plenty of action behind.

Lynn struggled for pace throughout and was passed around the outside of Copse on the second lap by Alexander Rossi, who made great progress from seventh on the grid.

Rossi strayed off the circuit when completing the move, leading to him being slapped with a five-second time penalty that threatened to relegate him to the bottom of the points.

However, as Lynn battled to keep others behind him in the last couple of laps, Rossi was able to pull out a 5.6s margin over the rest to keep hold of fourth once when the penalty was applied.

After Rossi passed him, Lynn spent the rest of the race trying to defend from fellow Briton Nick Yelloly.

Yelloly would regain the position from Sirotkin at Copse on the penultimate lap and then finally get by Lynn on the last lap.

Lynn just took sixth at the line just ahead of Oliver Rowland, who passed Sirotkin at the start of the final lap.

The impressive debutant and Formula Renault 3.5 leader had previously stolen eighth place away from GP2 points leader Stoffel Vandoorne at the Loop, relegating the Belgian out of the points for the first time this season.

Jordan King completed the top 10 with a superb drive from towards the back of the grid after being spun out of sixth place in the final corners of the feature race.