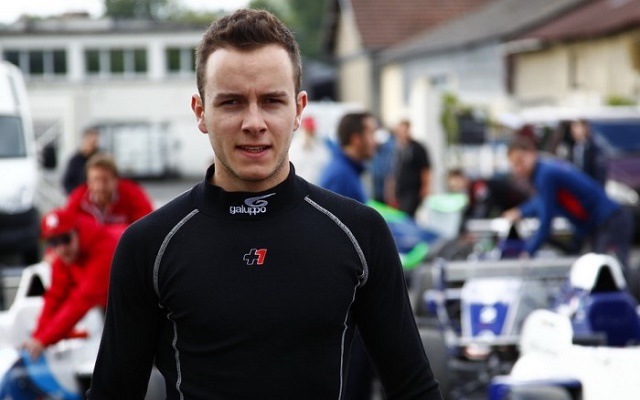 Tech 1 Racing’s Anthoine Hubert has topped his third Alps qualifying session of four in 2015, going quickest around the streets of Pau yet again.

Hubert, who won here twice in his French F4 title campaign and added another victory in the Alps race earlier today, narrowly held on to the first spot in second qualifying despite the best efforts of Fortec’s Ben Barnicoat.

Neither the Frenchman, nor the Briton were among the leaders early in the session and, when Vasily Romanov brought out the red flag halfway in, the top five was entirely made up of Koiranen GP drivers.

But Hubert expectedly picked up the pace, taking the lead off Jake Hughes with six minutes to go.

Barnicoat then went from last to first in the timesheets, only to be deposed by returnee Matthieu Vaxiviere, who himself then had to yield to Hubert.

The next try took Barnicoat to within 0.016s of the lead and he had another shot at it after the checkered flag, but couldn’t steal pole.

With Hubert and Barnicoat making up the front row, Hughes edged Vaxiviere by 0.005s to claim third as the top Koiranen driver.

Martin Kodric will start the race in fifth, while Matevos Isaakyan improved to sixth at the checkered flag, going a hundredth quicker than Simon Gachet.