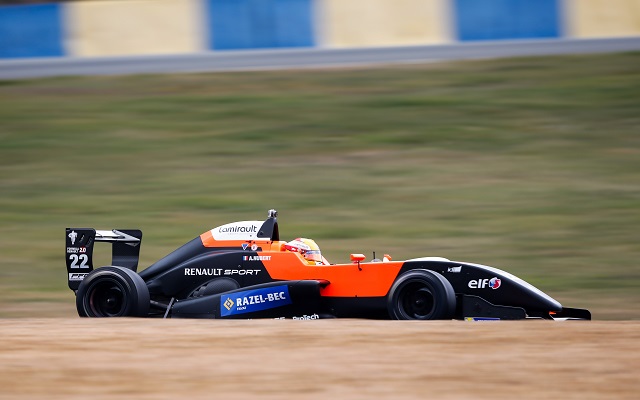 Anthoine Hubert claimed his second Eurocup Formula Renault 2.0 pole of the season in the Sunday qualifying at Le Mans.

The Frenchman snatched the lead in the second group from Ignazio D’Agosto with his penultimate flyer and although that was not enough to beat his teammate Simon Gachet‘s benchmark from Group A, he then secured pole with a further improvement.

He was almost two tenths quicker than D’Agosto, who ended up with?an identical time to Louis Deletraz but stayed second due to setting it earlier.

Jorg has to settle for fourth on the grid between D’Agosto and Deletraz.

Dennis Olsen will occupy the sixth spot on the grid ahead of Jack Aitken, who was narrowly behind Deletraz in group B.

The top ten on the grid will be completed by Harrison Scott, Ukyo Sasahara and Saturday’s winner Ben Barnicoat.