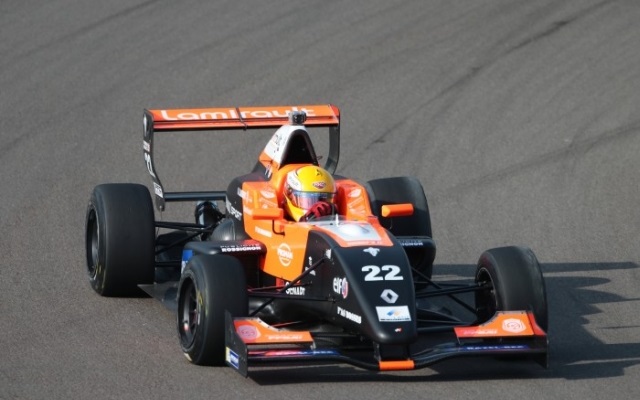 Tech 1 Racing’s Anthoine Hubert will start the opening race of the 2015 Formula Renault 2.0 Alps season at Imola from pole position.

Hubert was in first place from the first couple of minutes and he confidently led much of the session to end up with a safety cushion of?almost three tenths.

The Frenchman’s pole position is his first in Formula Renault 2.0 racing, his previous best qualifying result being a front row spot in Eurocup at Moscow Raceway.

Matevos Isaakyan finished just behind de Sadeleer with a lap one thousandth of a second slower.

Vasily Romanov and Martin Kodric were seventh and eighth fastest respectively, the Croatian qualifying one spot ahead of teammate Ben Barnicoat. Denis Bulatov rounded out the top ten ahead of his FR2.0 debut.

A change in qualifying format means that, instead of being determined on second-best times, the race two grid will be decided in a separate session tomorrow.