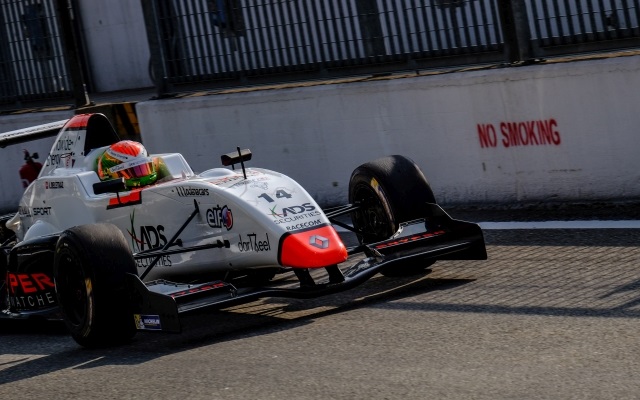 The Swiss racer’s best lap put him more than eight tenths clear of the rest of the field. In stark contrast, positions between second and tenth?were decided in an extremely close fight as the drivers all finished within the same two tenths.

Ukyo Sasahara once again secured a front row spot ahead of Callan O’Keeffe and Charlie Eastwood, both of them recovering from a less successful first qualifying where they only took 14th and 12th respectively.

Valentin Hasse-Clot was eighth-fastest, while the top ten was rounded out by Formula Renault 1.6 NEC graduates Ferdinand Habsburg and Max Defourny.