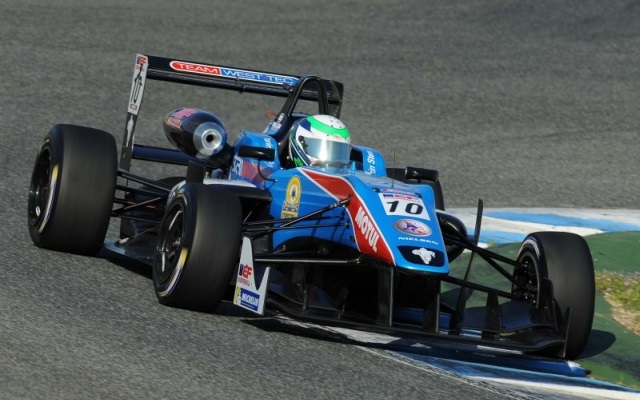 Team West-Tec’s Yarin Stern recorded the quickest time of the first Euroformula Open qualifying of the season at Jerez.

The Israeli driver, who is spending his third season in the series, took the lead in the final stage of the session after a red flag interruption.

The running started with two rookies dominating as Alessio Rovera and Vitor Baptista headed the order.

With five minutes left on the clock, the session was red-flagged. When the action resumed, several drivers managed to improve their times with Stern eventually taking first place. The Israeli went on to celebrate his maiden pole, narrowly edging out Baptista, who finished as the top Euroformula Open newcomer of the grid.

Despite topping all three practice sessions, Yu Kanamaru had to settle for third followed by Russian Konstantin Tereshchenko and Thai Tanart Sathienthirakul.

There was a close battle for sixth behind them, the spot eventually taken by Dzhon Simonyan, who ended up just ahead of his RP Motorsport teammates Damiano Fioravanti and Igor Walilko.