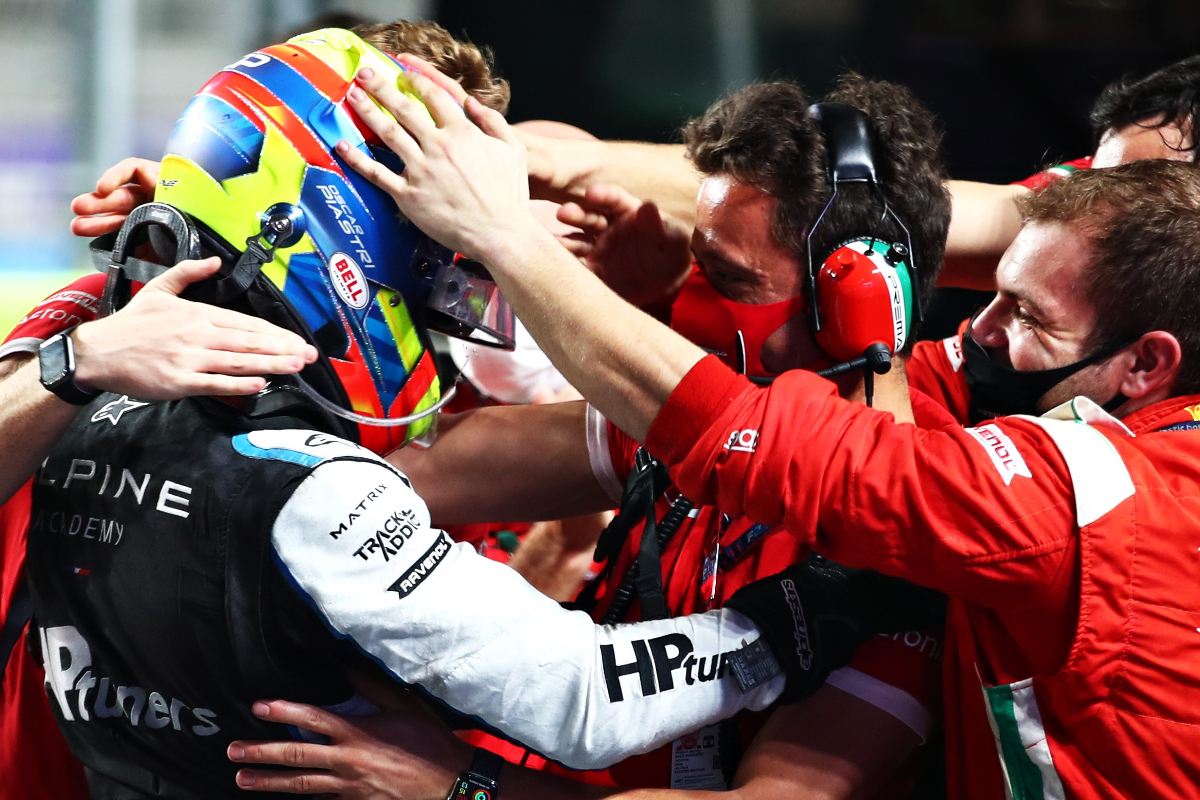 Oscar Piastri is on the verge of securing his third successive junior single-seater title as he can mathematically clinch the Formula 2 crown in Jeddah this Sunday afternoon.

He increased his advantage by taking his fourth win of the season in the second sprint race in Saudi Arabia, while Shwartzman has overtaken Virtuosi Racing’s future Alfa Romeo Formula 1 driver Guanyu Zhou for second in the standings.

Like F1, the addition of bonus points for fastest lap adds another element, but the following scenarios would guarantee the title in Piastri’s way with one round to spare.

When asked by Formula Scout in the post-race two press conference whether he had eyes more on Piastri ahead or Zhou behind in the title race, Shwartzman replied:

“I’m pointing more towards Oscar, even though I know that he is quite far in front. But still, I look forward, not backwards. My target is to catch Oscar and in the dream scenario it is possible, but realistically Oscar is very consistent so if he doesn’t do any mistakes, it’s going to be pretty, pretty hard to catch him up.

“But I’m pointing towards him because I just want to get that gap as close as possible and in the end, it will be what it will be.”

Piastri, meanwhile, is willing to take more risk on Sunday, as he showcased in the second sprint race compared to the first.

“I knew I had more pace than Jehan [Daruvala, who led race two], I also wanted to get the fastest lap because it’s an extra couple of points,” he said when Formula Scout asked about his approach.

“But also try to learn a little bit more for tomorrow, what the car was like in clean air and just improve my driving a little bit because there are still a few areas where I can improve.

“For tomorrow, I’ll try to bring out the same Oscar as race two, I think race one Oscar can stay on the shelf because he wasn’t that good.

“Of course I need to manage the risk tomorrow, but I still want to of course try to win.

“I won’t try to do anything silly, but I think I showed today that I’m more than capable of taking some risks and managing it fine.”