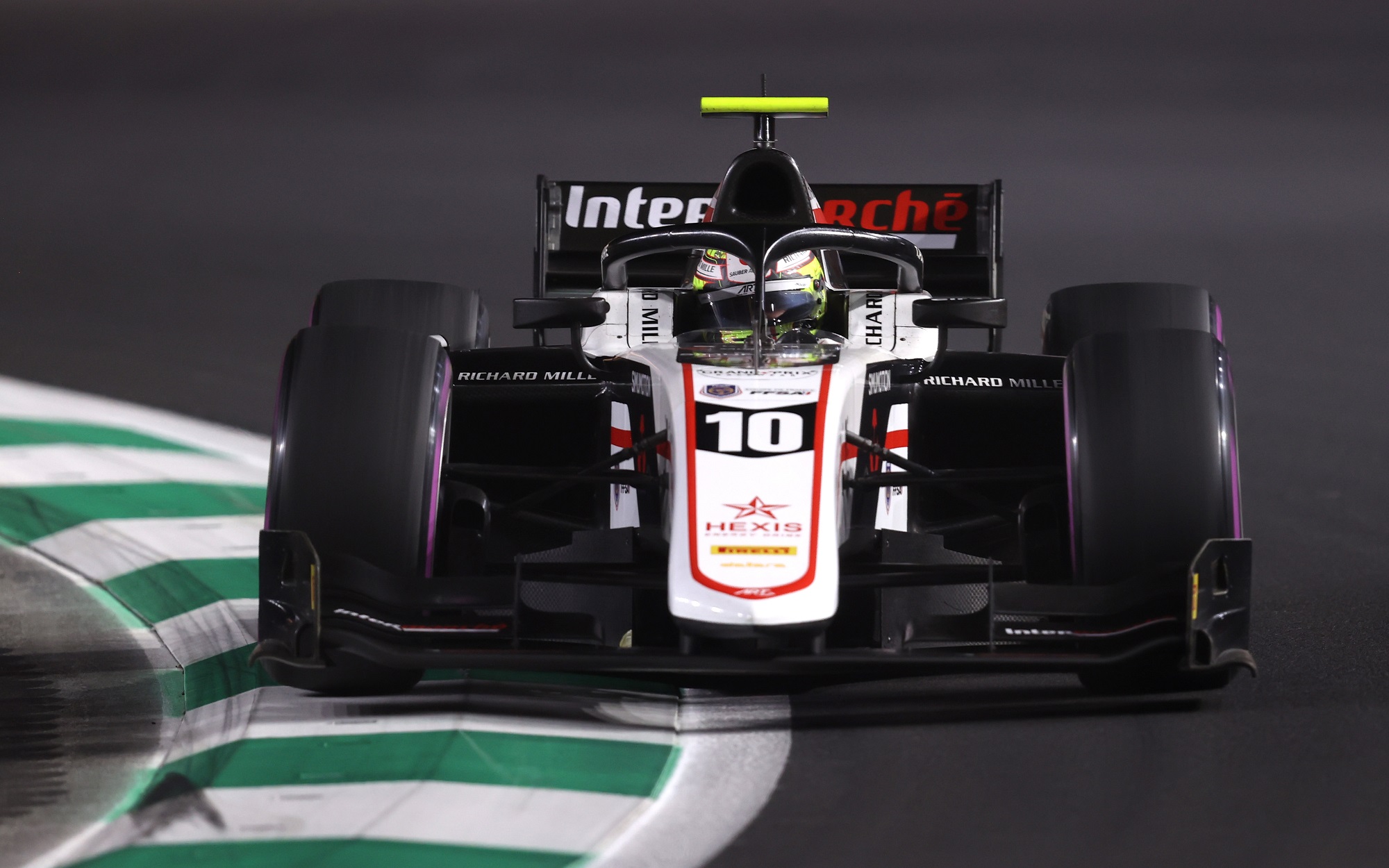 Theo Pourchaire has detailed how from 19th on the grid he finished sixth in Formula 2’s second Jeddah sprint race, as most of his overtaking was not shown on television.

He gained seven places in the first few corners of the race before the safety car came out, and gained another spot once racing resumed after Hitech GP’s Juri Vips hit Virtuosi Racing’s Felipe Drugovich, who then later dropped down the order too.

Pourchaire passed Charouz Racing System’s Enzo Fittipaldi too before Vips’ team-mate Liam Lawson crashed and the safety car came out again, gaining the ART Grand Prix driver another two places and four points due to penalties for cars ahead.

“I am really pleased with this result,” said Pourchaire on the F2 website. “The start was really good. I managed to avoid all of the chaos and gained a lot of places. From there, I did some good overtakes, including one super good overtake on Enzo Fittipaldi.

Pourchaire had his own crash at turn 22 in the first sprint race earlier in the day, a hefty accident which appeared to have left lasting damage to his car he had to adapt to while racing at night.

“We had an issue with the car, unfortunately. I don’t know what the issue was, but it was really difficult to drive the car, and it was due to the crash this morning,” he explained.

“The mechanics did an incredible job and I want to thank them again, but we had an issue, so I did what I could and I am really pleased with P6. I finished the race in the points and that is the most important thing.”

For Sunday’s feature race, Pourchaire will start from third place behind championship leader Oscar Piastri and his Prema team-mate Robert Shwartzman. He will realistically need to beat both to remain in title contention going into next weekend’s season finale at the Abu Dhabi Grand Prix.

“I expect to have a good start, with a good strategy and to make two overtakes,” Pourchaire said of his feature race plan.