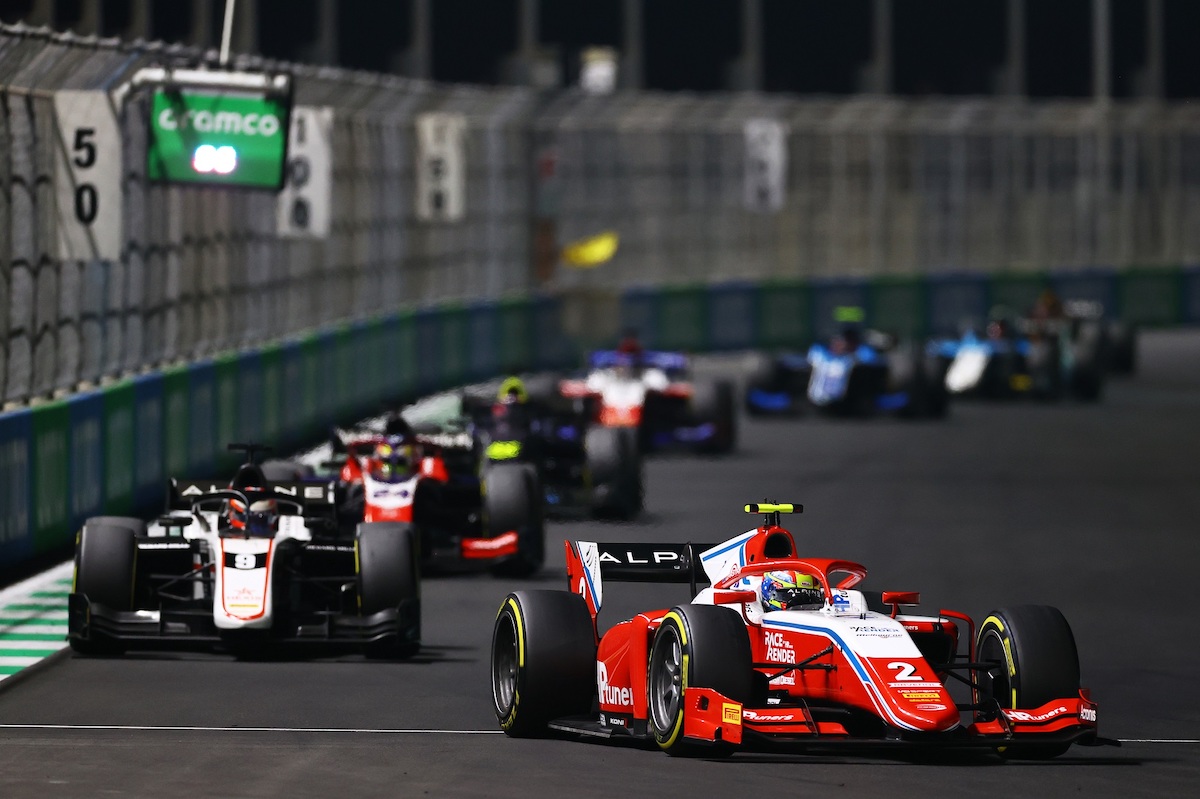 Oscar Piastri was awarded victory in a Formula 2 feature race in Jeddah that was shortened following a huge start collision involving Theo Pourchaire and Enzo Fittipaldi.

The race had already started with a 40-minute delay after concrete barriers had to be replaced following an accident in the earlier Porsche Sprint Challenge Middle East race.

When it did get going, ART Grand Prix driver Pourchaire failed to get moving from third on the grid when the lights turned off. The cars right behind were able to avoid contact, but Charouz Racing System’s Enzo Fittipaldi couldn’t, hitting the back of Pourchaire’s car hard. The race was immediately red-flagged.

An FIA statement issued around 50 minutes later read: “The drivers [Pourchaire and Fittipaldi] were immediately attended to by emergency and medical crews. The drivers were conscious and extricated by the attending medical crews. Both have been transferred by ambulance and helicopter to King Fahad Armed Forces Hospital, Jeddah.”

The race was resumed with new distance of 20 minutes plus one lap, with mandatory pit-stops to be taken after four laps and half points to be awarded.

Piastri led the field after the rolling start. Behind him were his team mate Robert Shwartzman and Campos Racing’s Ralph Boschung, who had made up four places at the first start.

In the middle of the pack, Carlin’s Jehan Daruvala lost two places in favour of Hitech GP’s Liam Lawson and his team mate Dan Ticktum.

On lap four, Boschung had to defend hard from Virtuosi Racing’s Guanyu Zhou to keep third place. The Swiss pushed the Chinese a bit wide in turn one, and the stewards noted the incident.

Moments later, Campos’ Olli Caldwell lost control of his car in turn 22 and Charouz’s Guilherme Samaia, who was running behind the Briton, couldn’t avoid him. This accident led to another safety car. Many drivers came immediately into the pits to take their mandatory pit-stop, including the leader Piastri. However, the race was then red-flagged, not to be restarted.

With results taken from the end of lap five, Piastri was declared the winner. With Shwartzman taking second, Prema sealed the teams’ title ahead of the final round, while Boschung claimed his maiden F2 podium in third.