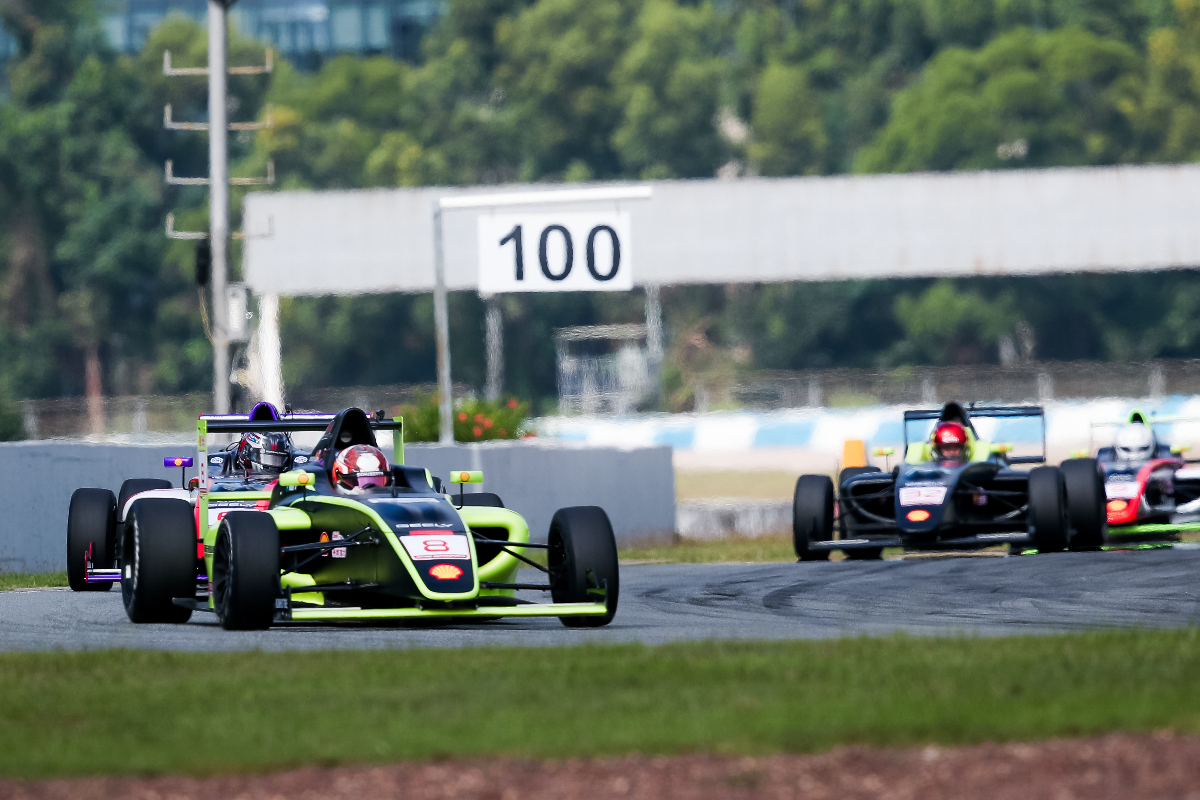 Andy Chang wrapped up the Chinese Formula 4 title with his first win of the year on Saturday of the season finale at Ningbo.

The Macanese driver, who took podiums in British Formula 3 back in 2014 and was title runner-up in Chinese F4 last year, started the weekend being pipped to race one pole by series returnee Oscar Gao.

Just 0.036 seconds separated them in Q1, but Chang was able to strike back in Q2 and pipped Chengru Hu to pole by 0.028s while Gao was third fastest and 0.138s behind.

Gao converted his pole into a first win on Saturday morning, heading Ryan Liu by 3.327s and with Chang completing the podium.

Smart Life Racing driver Liu was with a new team-mate for the weekend, as Macau Grand Prix winner Charles Leong was absent and replaced by American racing debutant Michael Farrens.

He finished three laps down, and the same happened in race two in the afternoon as Leong roared to victory ahead of a battling Gao and Liu.

It was Liu’s turn to shine on Sunday morning, taking a dominant 9.333s win over Gao while Chang was an anonymous fifth depsite starting from pole and Farrens was twice lapped.

Liu came into the weekend fourth in the standings, but the title runner-up spot was now in sight going into the final race as he was 18 points behind Sicheng Li who had boosted his points haul with two podiums at the Macau GP.

It wasn’t to be in the final race, which Gao failed to start, as the field bunched up after Jing Zefeng and backmarker Hui Zheng retired mid-race.

LEO Geeke’s Shenghui Xu took a surprise win ahead of Chang, lifting himself to ninth in the standings despite contesting only one round, with Liu less than a second behind the victor as they met the chequered flag. Li was fourth, and became title runner-up.