Home Featured How fans glimpsed a high-speed haven for F3, and why it should return
FeaturesFormula 3 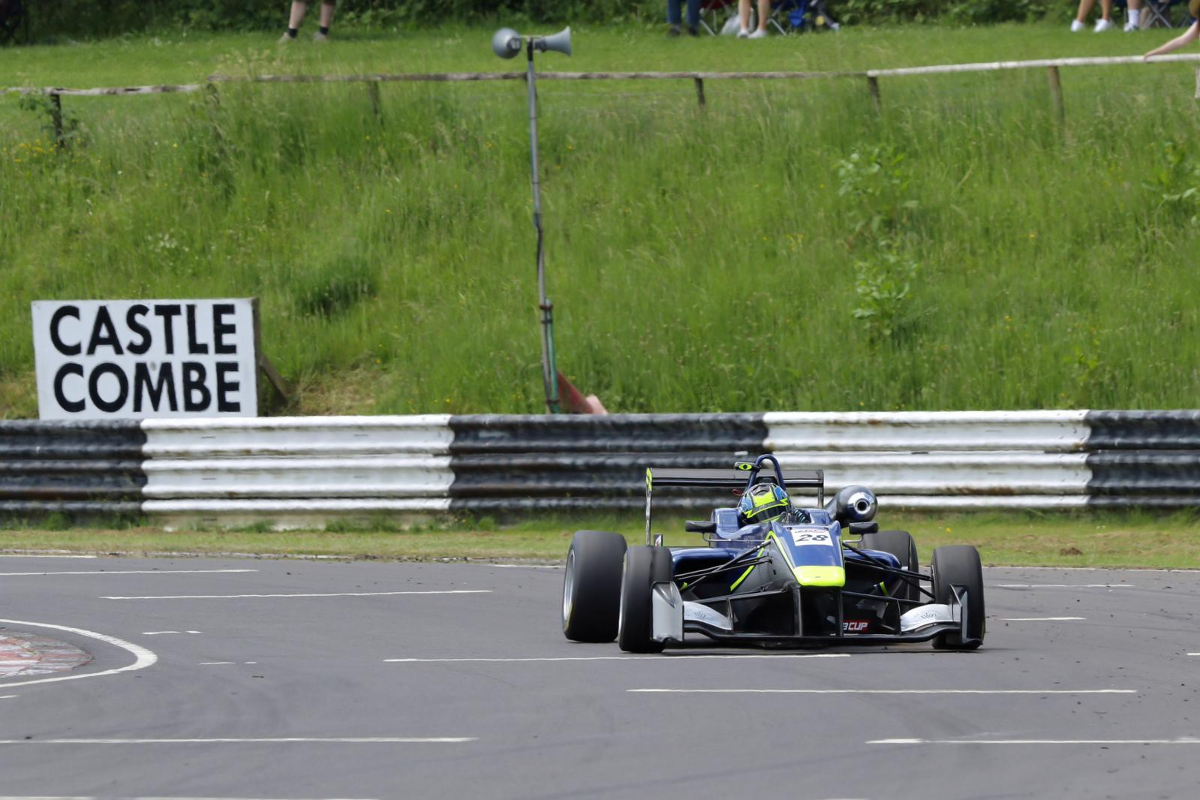 The last time top-class Formula 3 machinery was in action at Castle Combe was the 2000s, but a few days ago fans got to see the full potential of more modern machinery on one of England’s fastest racing circuits

Prior to last weekend, there had only been five occasions where Formula 3 had visited Castle Combe in the 21st century. The current layout – featuring two chicanes – was introduced in 1999 and before then it was a super high-speed clockwise-running track with just two left-handers and a lot of grass for drivers who strayed beyond the asphalt.

MotorSport Vision Racing turned up at the circuit last weekend with the F3 Cup, a club series that primarily caters for gentleman drivers but has actually been a great proving ground and launching pad for many young talents due to its commitment to keeping F3 cars in service once the top-line championships stop using them.

Unexpected graduates of the series in 2019 were Stefano Leaney and Stuart Wilshire, who is in his 50s, as they went and raced in Euroformula in the final year for the Dallara F312/F317 car in continental competition. They were run by Welsh team CF Racing, formerly of British F3, and the combination went on to win the 2020 F3 Cup title with the same car.

Leaney is defending his title with the team this year, starting with a triple win at the Silverstone season opener, and heading to Castle Combe he was well aware that a 16-year-old lap record was up for grabs. How come the record had stood for so long?

The first F3 championship races to be held at Castle Combe was in 1965, where the lap record was established at 93.55mph. Its Wiltshire location distanced it from most other venues, even though the M4 motorway connected it to London, and no F3 series visited again until the 1970s with only club races taking place.

The MCD-promoted national championship made one appearance in 1970, then the BRSCC’s British F3 championship came twice the following year and both races were won by future F1 stars. The BARC’s rival series went to Castle Combe in 1973, and by now the lap record had come down to 1m02.8s (105.47mph).

That was it though for such single-seater series until 2001, when the circuit became a fixture for the British F3 International Series (a merger of the BARC and BRSCC series that ran from 1979 to 2014) for five years.

Anthony Davidson did the double on a hot June weekend in 2001, as arch-rival Takuma Sato rued a race one engine issue and errors that prevented him doing the same. He had been going no lower than 116mph through the final corner (pictured top) on his way to race one pole, and basically crashed on the lap that put him fourth on the grid for race two.

British F3 was deemed too loud to race at the circuit thereon, and the British GT series it supported was even louder which ruled out a return for the next decade. And when BRDC British F3 was revived in 2016, its calendar revolved around the circuits owned by its promoter MSV as well as Formula 1 venues such as Silverstone and Spa-Francorchamps.

But this year MSV Racing was invited to hold a meeting at Castle Combe, and it chose to bring its (older) F3 cars with it.

“The set-up was always a bit of a compromise; given the mostly high speed corners we needed the downforce but the straights are long and we didn’t want the car to become too draggy,” CF boss Hywel Lloyd explains to Formula Scout. 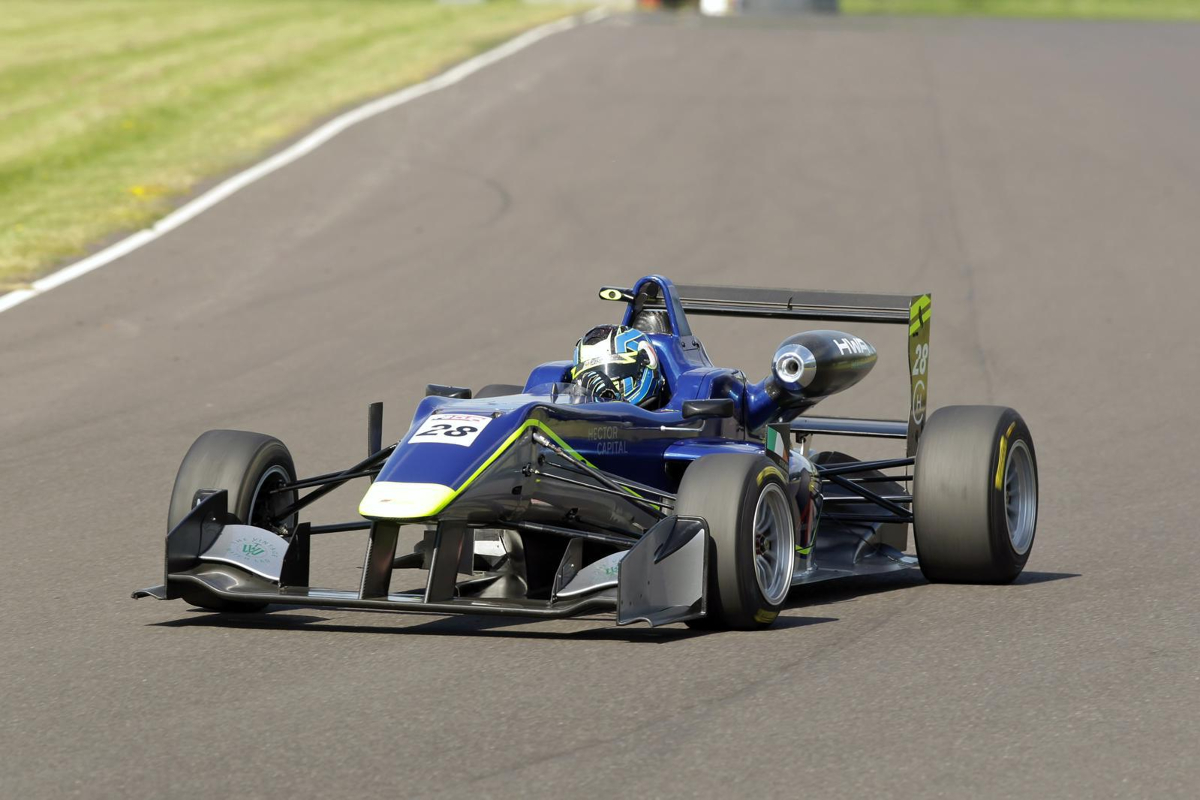 “Then when you factor in the bumps as well, it’s quite a nice challenge to get it all together!

“The tow is always nice but you lose too much downforce behind the other car to make it work for a lap, especially coming out of the last corner.

“It’s a great circuit for the EFO car, really shows off the cars strengths; plenty of downforce and light enough to be nimble through the chicanes.

“It’s great for Stefano, and us as a team, to get an outright lap record. The reception we received from the marshals, track officials and spectators was absolutely fantastic. No one could quite believe the speed this car could carry through the corners. Just shows what a great car and championship it is. We look forward to going back in 2022 and lower it even more.”

It’s not just Combe that CF Racing eyes a return to, with Euroformula and its new Dallara 320 car still a target for the future.

And with the experience of Silverstone and Spa, high-speed tracks on the EFO calendar in 2019, Leaney can give some perspective on Combe’s challenge in comparison.

“The last corner in particular, Camp, takes serious commitment. A lift in fifth gear with a dip at the apex that unsettles the car and a pit wall on the exit makes it a sobering experience.

“One of the best corners I’ve driven in the F3 along with Pouhon, Copse, and turn one at Valencia.” 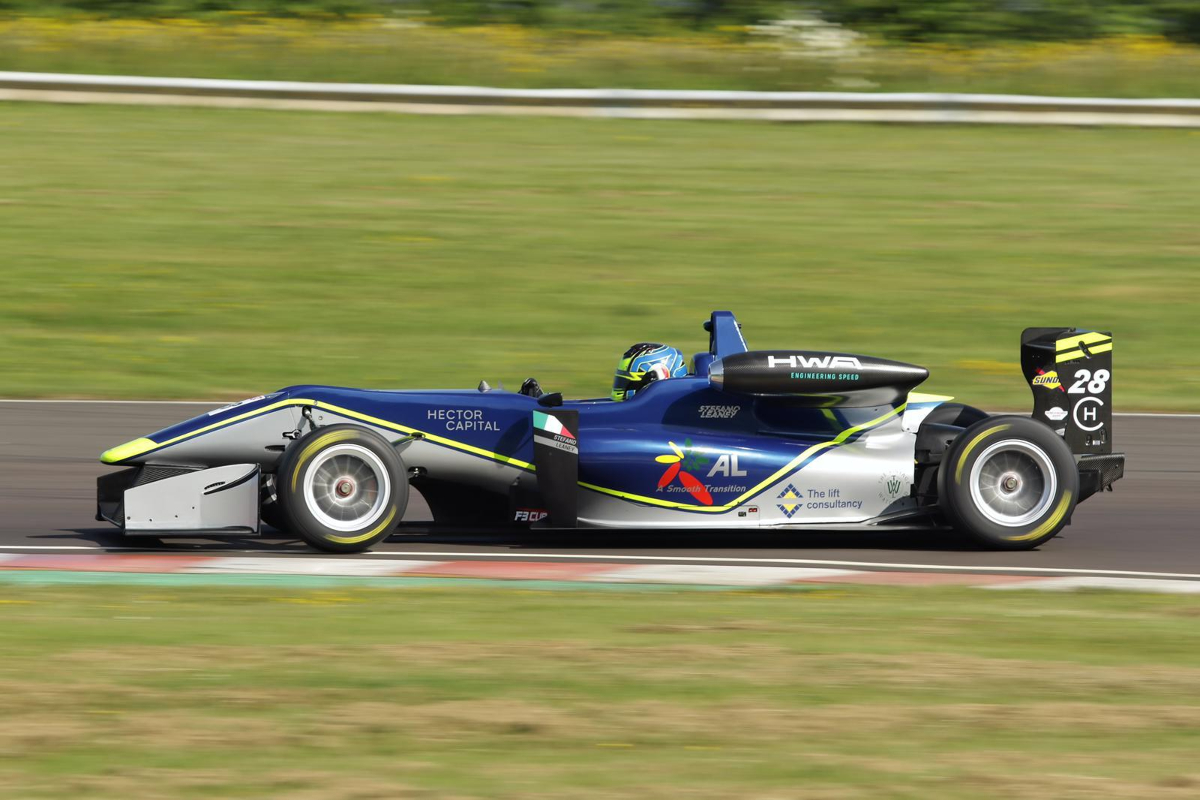 While Leaney could lower Combe’s record further in 2022 if the F3 Cup does commit to visiting, it will no doubt incite his rivals to go for the same and even more excitingly for the championship attract young drivers looking for more experience of high downforce machinery on high-speed circuits. Private tests at Silverstone are all well and good, but international series aren’t visiting the United Kingdom anymore unless supporting Formula 1 and given the cost of a team renting the track you may as well as pay the entry free to do a race meeting instead.

And who wouldn’t want to see Carlin rolling out one of its old cars at Combe to take on CF and BRDC British F3 rival Chris Dittmann Racing and try replicating its 2001 success?

Unfortunately British F3 itself looks unlikely to visit ‘the west country’ any time soon, and its F3 moniker is reviewed annually given it hasn’t joined up to Regional F3 rules and continues to go its own way with its upgraded Formula 4-sourced chassis.

There’s also no chance of Combe ever reverting to its chicane-free layout again, with the old configuration not licensed to hold races having stopped being used in the first place due to safety concerns. But the circuit can still be one of the best places to watch winged single-seater cars’ cornering abilities, as well as side-by-side racing, as F3 Cup showed last weekend.