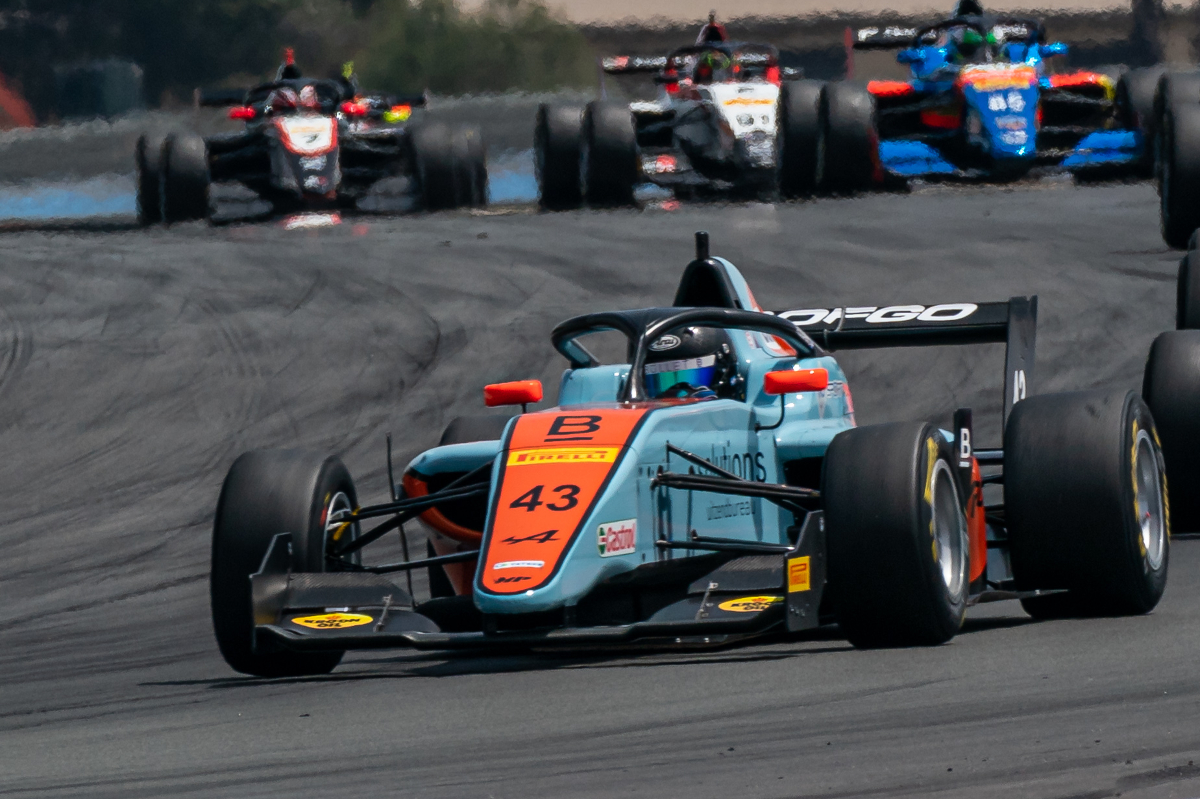 MP Motorsport’s Franco Colapinto left it late to go fastest in the two hours of running that Formula Regional European Championship teams got at Zandvoort on Thursday.

Colapinto was one of the title favourites this year, but awful luck has meant he hasn’t scored this year and has missed four races.

Down on the schedule as an in-season test, but labelled as free practice by FREC itself, the single session was interrupted by several red flag stoppages as drivers hit trouble.

ART Grand Prix’s Gabriele Mini set the early pace, running in the 1m35s, before being usurped by R-ace GP’s Hadrien David who set a 1m34.096s.

Alex Quinn then went to the top for Arden, before Colapinto became the first driver to lap in the 1m32s towards the end of the first half-hour of action.

Quinn reclaimed first place by just under a tenth of a second, and then G4 Racing’s Michael Belov went even faster in his first session with G4 Racing.

Shortly after the first red flag stoppage occurred, and that break meant it wasn’t until the second hour that Belov was demoted from the top with ART GP’s Gregoire Saucy setting the new benchmark.

Suacy brought the pace down into the 1m31s before the second red flag, with his 1m31.848s lap standing as the session’s best when the final red flag period happened with 10 minutes to go.

Colapinto was second at that point, and he left it for the final minute before going ahead with a 1m31.605s. That put him just half a tenth of a second up on Saucy, but with an advantage of 0.447s over David in third.

Mini was just behind in fourth, with Belov and Arden’s William Alatalo setting identical laptimes to go fifth fastest.