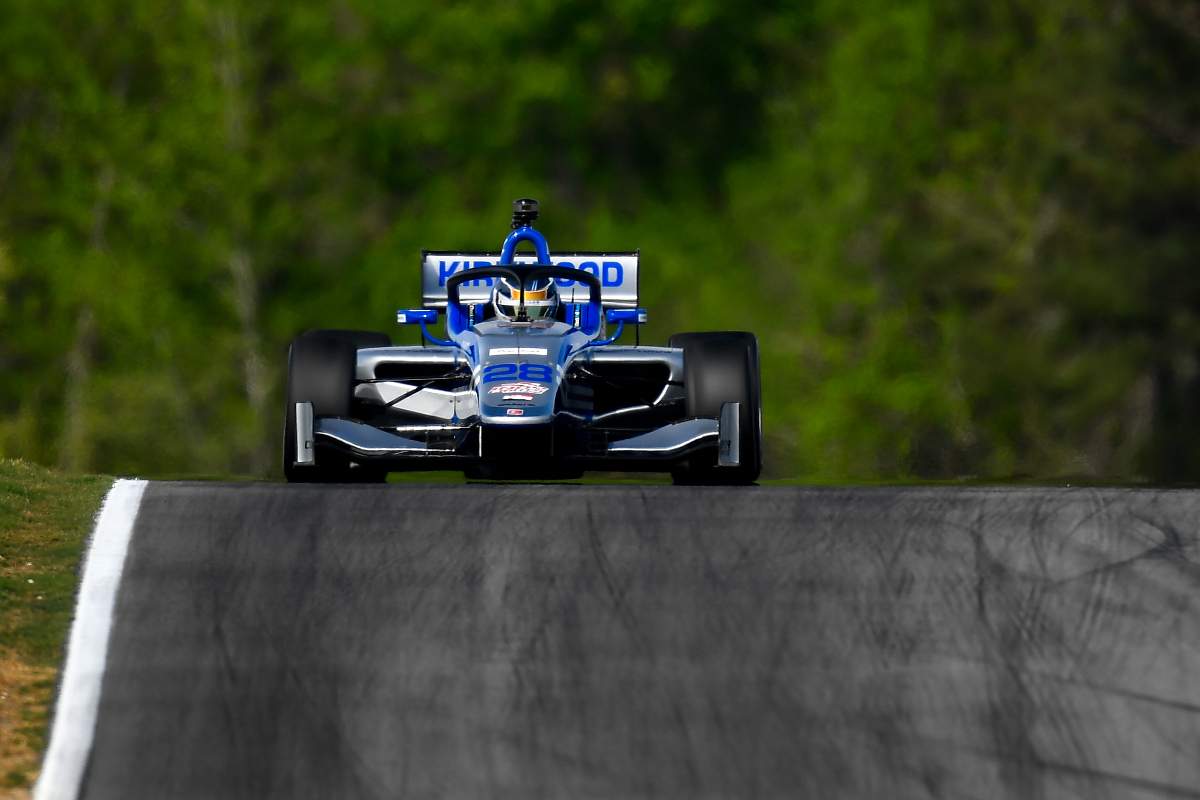 Andretti Autosport’s Kyle Kirkwood followed up his Detroit double win with the fastest lap in the pre-event test for the next Indy Lights round at Road America.

The test was split into two one-hour long sessions on Thursday afternoon, and it was Global Racing Group with HMD Motorsports’ Linus Lundqvist who set the pace in the first one.

He and team-mate Benjamin Pedersen actually spent much of that session in the pits, setting his first lap with less than a quarter of the session left to run and then setting consecutive improvements in the final minutes to rise from last to first with a 1m55.7129s.

That put him over a third of a second ahead of HMD’s David Malukas and two thirds ahead of Carlin with Jay Howard Driver Development’s Alex Peroni. However the field was fairly tight behind Peroni, who had been at the top halfway through the session, with Kirkwood and Andretti stablmates Devlin DeFrancesco and Robert Megennis closely matched.

Kirkwood went straight to the top in the second session, before Pedersen went fastest with his first laps of the track after not departing the pits earlier in the day.

Pedersen improved by almost half a second after that to lead the first third of the session ahead of Lundqvist, but two successive flying laps from Kirkwood put him back ahead and with a laptime even he then couldn’t match: a 1m55.2861s.

Malukas set the day’s second fastest lap with 24 minutes to go, with DeFrancesco, Lundqvist and Danial Frost (Andretti) all setting laps in the 1m55.6s region to go third, fourth and fifth.