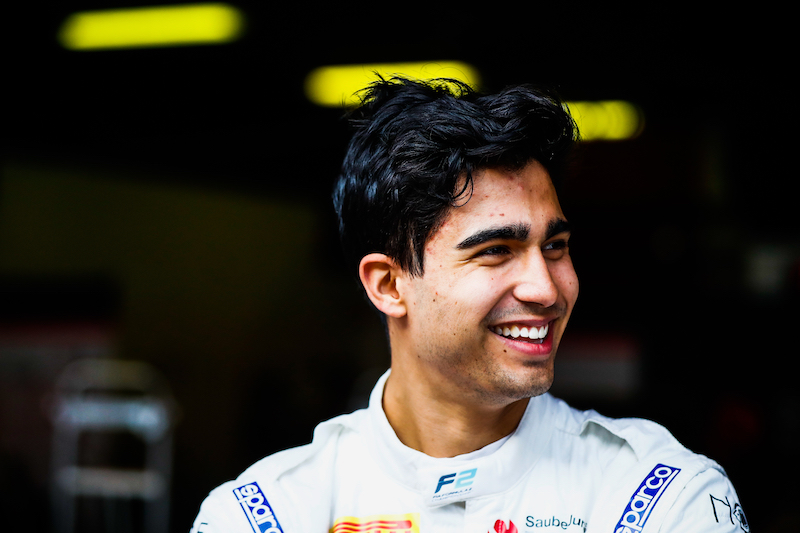 FIA Formula 3 Championship racer Juan Manuel Correa has returned to the Sauber Academy, it was announced on Friday, having previously been one of the brand’s juniors in 2019.

Correa raced in Formula 2 two years ago for Charouz Racing System when the Czech squad operated under the Sauber Junior Team banner.

He took two podiums before his season was cut short by his horrific crash at Spa-Francorchamps that broke his legs and also damaged several of his organs, which ultimately ruled him out of 2020 too as he recovered.

“It’s very special to be back with the Sauber Academy,” Correa said.

“They’re the junior programme of the team I was with in 2019, when I had my first and only Formula 1 test, and it’s a great feeling to be working with them again.”

Sauber is the operation behind the Alfa Romeo Racing F1 team, and ran Correa in an older Sauber F1 car in a 2019 test.

Correa was out of action until a test in a GP3 car earlier this year, before driving his ART Grand Prix-run Dallara F3 2019 for the first time in pre-season testing.

He took a point on his racing return after climbing from 15th on the grid at Barcelona to finish 10th in the second race of the season opener, and the second FIA F3 round takes place at Paul Ricard this weekend.

“I am very excited to show the Academy’s branding on my car and my helmet already from this weekend in France and I am looking forward to helping the team whenever needed, be it in the sim or elsewhere,” added Correa.

“I am very grateful to ART and Sebastien Philippe, and of course to Fred Vasseur, for all the support he has given me, and to everyone else at Sauber, from Beat Zehnder to all those who have been absolutely amazing and so supportive since my accident and throughout my recovery. It’s an honour to be back with this team.”

Sauber’s sporting director Beat Zehnder added: “Juan Manuel always displayed skill and determination, but his remarkable comeback from injury is an inspiring story that shows all his strength and will power.

“We have nothing but sheer admiration for his tenacity and we are happy to help him, through the Sauber Academy programme, as he resumes his motorsport career.”