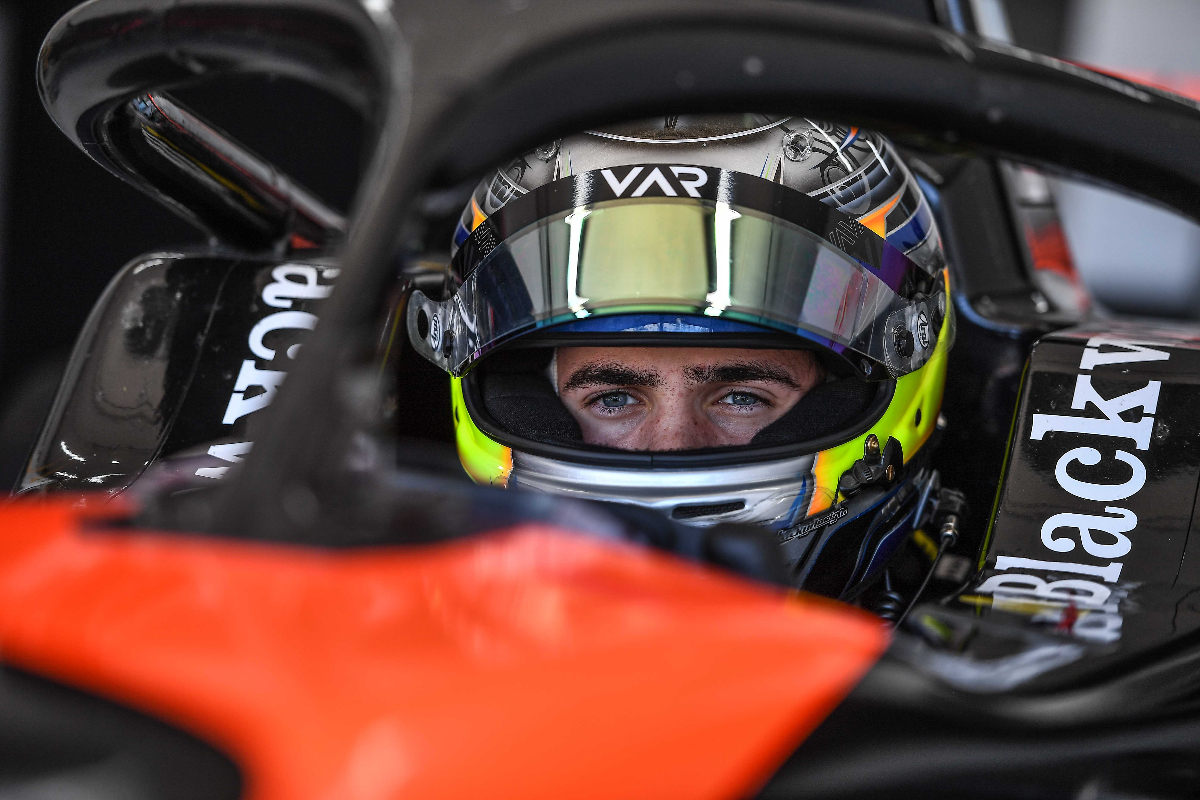 With Rafael Villagomez absent due to clashing FIA Formula 3 Championship commitments, Stevenson is VAR’s only driver this weekend and he got his Friday off to a strong start.

Tyres from the previous round at Paul Ricard were used during the morning practice session, and one of the other cars did suffer a puncture, with short runs of a few laps for each driver taking place.

The stop-start nature of the running was also brought about by a red flag midway through the session when Drivex School’s Enzo Trulli crashed. His team boss confirmed the car would be repaired in time for free practice two in the afternoon, and Trulli was reported as OK as he was taken back to the pitlane.

Stevenson didn’t appear at the top of the timesheet until the very end of FP1, setting his fastest lap shortly before the chequered flag was waved. Motopark’s Cameron Das and CryptoTower Racing Team’s Louis Foster were matched for second place at that point, but Das’s final lap brought him ahead by two tenths of a second.

An impressive seventh was Carlin’s Christian Mansell, coming up from BRDC British Formula 3 and yet to sample the Dallara 320 prior to the start of FP1. He was the first to set a lap in the session and briefly spent some time at the top, before ending the session 1.767s off Stevenson’s pace.

The transponder on Vivien Keszthelyi’s car failed, although Formula Scout saw data which showed her best lap was a 2m14.89s, putting her in ninth place.