As the 2013 Toyota Racing Series is over, we profile perhaps the biggest surprise of the championship after he took his maiden win to cement fourth in the final standings…

Apart from the massive amount of rookies and young guns making their debut in Formula One in 2013, the year will also be somewhat notable in for the Dutch resurgence that seems to be happening in the driver market – with Giedo van der Garde finally landing an F1 seat and Robin Frijns being picked up by Sauber as their test driver after he emerged victorious in his debut year in Formula Renault 3.5. However, while the Netherlands have those already on the verge of F1, their younger generation is looking just as promising, with several drivers making an impression in the junior series.

Perhaps one of the most notable youngsters at this time of writing would happen to be Steijn Schothorst, who, while not yet a title winner or a single-seater superstar, has been demonstrating a clear upward curve in his driver development. Just two years ago he was racing in local Formula Ford – yet, as of now, the 18-year-old is a race winner in Formula Renault 2.0 NEC and the Toyota Racing Series, both championships where he achieved unexpectedly solid results against tough opposition.

Steijn first made an impression on the racing world at the age of 14, taking second in the rookie class of the Dutch Karting Championship in 2009. 2010 saw him inducted into KNAF Talent First (alongside Bas Schouten and Dennis van de Laar), a scheme from the Dutch motorsport federation serving to help and finance promising local single-seater drivers. That very year, he raced Suzuki Swift Sport cars in the Formido Swift Cup, finishing tenth in the standings with a podium to his name.

2011 saw a proper graduation to single-seaters, as Schothorst switched to various Formula Ford competitions. He raced full-time in Formula Ford Benelux, taking fourth in a 17-race campaign that yielded three wins and three further podium finishes. Alongside most top Formula Ford Benelux drivers, Steijn made appearances in UK Formula Ford (which that year was thoroughly dominated by Scott Malvern) and achieved a best result of fifth. He also took part in the non-championship event, Formula Ford Festival, at the end of the year where he took second, losing out only to Malvern. 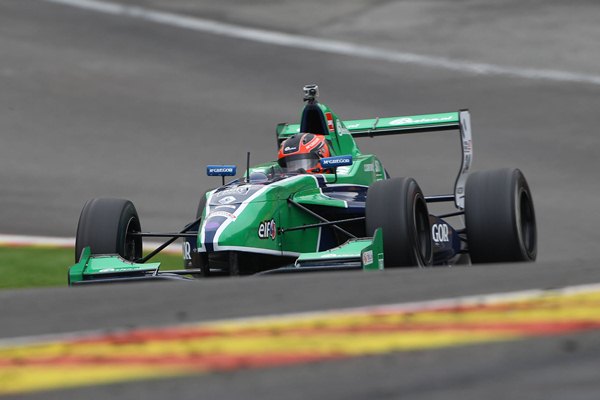 In 2012, Schothorst was picked up by the Dutch team MP Manor to race in Formula Renault 2.0. In FR2.0 NEC he got off to a slow start (12th in the championship after two rounds), but he soon began to make up ground. At Oschersleben, he took fourth in the opening race and scored his first podium in the series in race three. It was a sign of things to come, as Schothorst started regularly bringing in points and soon enough took his maiden victory at Most, following it up with another win, this time at Zandvoort. The Dutch youngster finished fifth in the championship overall, losing out only to the British trio of Jake Dennis, Jordan King and Josh Hill (who were in a league of their own for most of it) and to his compatriot Jeroen Slaghekke.

He also joined the Eurocup at round two, he participated in each of the remaining six rounds (one with Fortec, rather than Manor MP), managing to score points at Nurburgring and Paul Ricard (with sixth and eighth respectively) to finish 22nd overall, six places ahead of elder brother Pieter who was in his second year in the category.

In early 2013, Schothorst went to New Zealand to compete in the Toyota Racing Series as part of M2 Competition. Against formidable (and much more experienced, TRS-wise) opposition, he still managed to get things off to a great start, with a podium finish in race three at Teretonga. Lacking the outright pace of the title contenders, Schothorst made up for it with impressive consistency, that only saw him finish outside of the top ten once in 15 races (and only due to being shown a black-and-orange flag). Always in contention for podium places, he added another two at Taupo. Finally, come the first race of the last round at Manfeild, Schothorst took advantage of a front row start with a great launch to run away with a maiden victory (adding a podium in the final race of the season, the 35-lap New Zealand Grand Prix). The consistency and late-season form allowed Schothorst to finish in a confident fourth in the championship, behind the main contenders, but fairly far ahead of several much more experienced and well-known drivers.

Steijn’s 2013 plans were revealed in the middle of his TRS campaign, as it was confirmed he’d be joining Josef Kaufmann Racing in both the Eurocup and FR2.0 NEC (although, based on how JKR operates, a full-time campaign in the latter is probably unlikely). With many experienced and promising drivers alike signing up for the Eurocup, it’s hard to predict how well he’ll do there, but you’d certainly expect him to fight for podiums and the occasional wins.

Talent rating: At 18, Steijn remains a bit of a mystery. His FR2.0 results haven’t exactly been ground-breaking and, even though his first year of FR2.0 NEC was good, you wouldn’t see us doing a profile on him based on that. However, his TRS campaign was nothing short of remarkable, with him finishing ahead of plenty drivers more familiar with the category (Bruno Bonifacio, Felix Serralles, Damon Leitch) or just more experienced in general (Pipo Derani). It remains to be seen whether he can be the next van der Garde or Frijns, but, with a developmental curve like that, you probably shouldn’t bet against it. 7/10

Chances of getting to F1: While he’s producing the goods on track, perhaps Steijn’s greatest assets are the financial resources and contacts of his backers. His father Jeroen is the boss of fashion company McGregor and a racer in the Megane Trophy along with Steijn’s cousin Bas. McGregor have just helped van der Garde into F1 together with recycling firm Beelen, whose owner Wim Beelen is a teammate to the Schothorsts in Meganes. Together, McGregor and Beelen are now funding Steijn’s burgeoning career, and with the ability to win races at GP2 level in the future, there’s no reason why they couldn’t assist him into F1 in the same way. 8/10 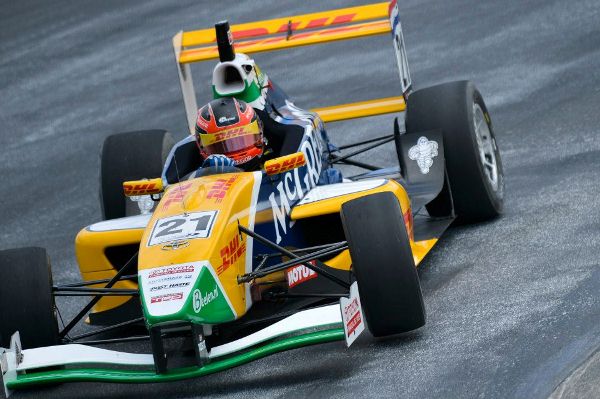