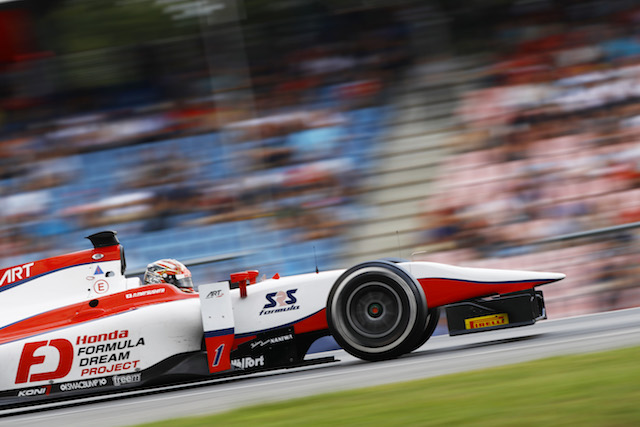 Matsushita will embark on a third season with the French squad in GP2, after finishing ninth in 2015 and 11th in 2016, while Fukuzumi will head into a second GP3 campaign after placing seventh last year.

While GP3 graduate Alexander Albon is expected to pair up with Matsushita in the GP2?line-up,?Fukuzumi joins new Mercedes development driver George Russell in?GP3 with Jack Aitken and Anthoine Hubert linked to the other two seats.

“Since their first steps in GP2 and GP3 Series respectively and in Europe, they showed how dedicated and motivated they are and that they can adapt very quickly to a new culture and working environment.

“Our collaboration has been very fruitful ever since their first years in the team with Nobu securing two wins, one being a prestigious victory in Monaco, as well as numerous podiums over last two years.

“He ended last year on a high with a podium in Yas Marina and I?m sure he will take it from there to start this season with the same momentum and to be a regular front runner and championship contender.

“Nirei also had a promising year in 2016 with three podiums under his belt and strong fights with the frontrunners. He has some invaluable experience that should help him make a step forward and fight for the title this year.”